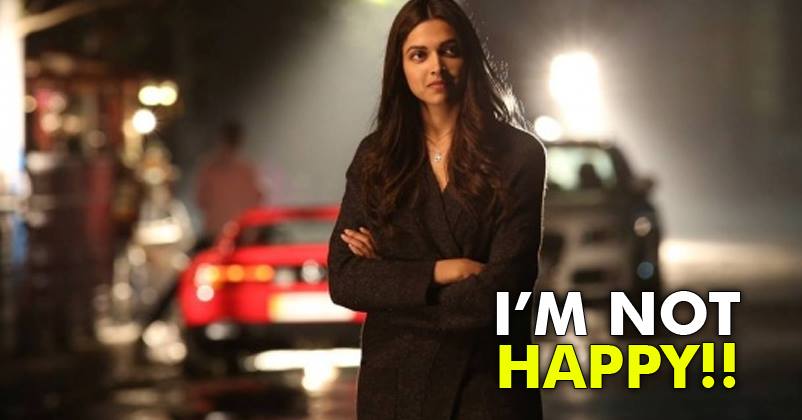 Every year there are many actor and actress that come and rule our hearts. Currently, holding everyone’s breath is the leggy lass Deepika Padukone. But how much do you know about her?
Here are few things which Deepika revealed to the world and barred her soul, what’s the biggest regret of her professional life.

1. Biggest Regret of Her Life We all know she is working with the best directors of the world, but still regrets for not getting the opportunity to work with the legendary Yash Chopra. She said,

“I wish I could have worked with Yashji (Yash Chopra). He was very fond of me and so was I of him”.

2. She did not pass the audition to star against Tom Cruise. 3. Directors are ready to pay her to star in their movie. Well, by now Deepika Padukone has proved her mettle over and over again. After series of blockbuster, directors are ready to pay her a heavy amount in order to cash in her stardom.
She recently hiked her fee and is getting a whopping Rs.13 crore per movie. But her male lead is still getting a lot more than Deepika. Male leads charge somewhere between 40-60 Crore per movie.

Now over and above these, do you know such lesser known facts about her.

1. Deepika Padukone as actually born in Copenhagen, the capital of Denmark. But shifted to Bangalore when she as just 11-month-old. Currently, she is residing in Pradhadevi near Siddhivinayak Temple, in a four bedroom flat, which is rumoured to be gifted by her ex-boyfriend Sidharth Mallya.

2. Deepika’s father is an international Badminton player, so it doesn’t surprise us when she can adorn her film character and the racquet both so well. Indeed, Deepika is also a National Level Badminton player.

3. Reportedly, Sanjay Leela Bhansali’s Sawaariya was supposed to be her debut film, but cards did not fall in place. She was later bagged a role in Om Shanti Om as the lead actress, and from then she never had to look back.

4. But interestingly, she has to brush up her acting skill and was trained by none other than veteran actor Anupam Kher’s Actor Prepares institute and learned to horn her dancing skills by Shiamak Davar.

Now,isn’t it too much of Deepika Padukone? Nah! The more we say the less! Enjoy reading and Sharing all the Deepikaholics.

Hot & Sizzling Dance Performance Of This IIT Girl Would Tempt You To Dance With Her
7th Day Collections Out! Akshay Just Can’t Stop Attacking Hrithik!