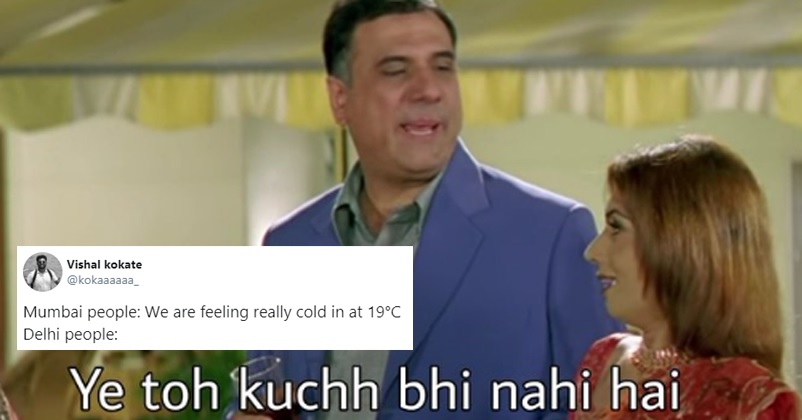 The rivalry between the Delhiites and Mumbaikars is not new as for many years now, they are trying to prove themselves superior over the other. The social media platforms have given them one more medium to carry on their fights and now the citizens of both the cities are trolling each other over the winter season.

The North Indians started making memes on the winter season and what difficulties they are facing in this season but soon Mumbaikars also began to share memes on their winter season which didn’t go well with the Delhiites because in their opinion, the climate of Mumbai is not cold but pleasant.

This started a meme contest between the Delhites and Mumbaikars and some of the tweets are really hilarious. You just can’t miss to check these ones:

Mumbai people: We are feeling really cold in at 19°C

Winter? What winter? Mumbai has no winter!

How Mumbai wale act when there is 25° in winter pic.twitter.com/AvdPgVSHPY

Stay home, enjoy hot coffee or chai in the cozy blanket & keep yourself warm amid the chilling winter season!