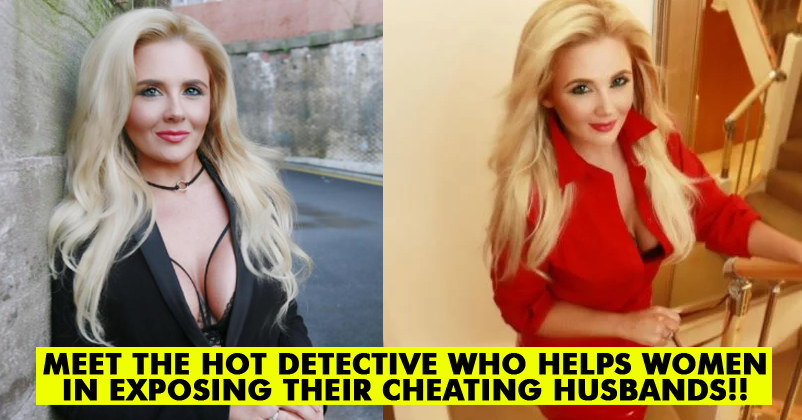 True love is a myth these days. Everyone loves romantic chats, dating, sex, but there are very few who believe in loyalty. Though cheating in a relationship or adultery is not a new concept in this materialistic world, but have you ever heard of someone who talks about loyalty all the time, exposes cheaters, but is actually just another cheater in real life? Well, we are going to tell you about a similar case.

Rebecca Jane, who is a detective by profession and helps other ladies expose their cheater husbands, has admitted having an 18-month long fling with her neighbour, who was also cheating on his fiancee. In a candid interview with The Mirror, Jane said that she feels bad for her husband and lover’s fiancee for all the lies, but she’s not a saint and will have an affair again.

“I’ve never said I’m a saint and I feel hypocritical in a really big way, but no one has an affair if they are entirely happy. I did everything I could, not to hurt my husband, but I’ve realised the lies probably hurt more than the cheating did. I did think about my lover’s fiancee. It must have been horrific. I’ve been in her shoes and it’s really hard.”

As per the reports in The Mirror, Rebecca was with her second hubby, a policeman, when she fell for the neighbour. Her mother-in-law was suspicious and even hired her own investigator to probe Rebecca – but found nothing.

Talking about this, Rebecca says-

“If anyone knows how not to be caught it’s me. I’ve always said if you are doing something wrong you should prepare to be caught. How could I have had an issue with someone investigating me? I fully deserved it. If confronted, I’d have admitted it was all completely accurate. But I’d do it all again. I think everything happens for a reason and I think this man was brought into my life to teach me what love is.” Rebecca started her detective agency after exposing her first husband as a serial cheat who had flings while she was home tending to their baby daughter Paris, now 11.

Continue Reading
You may also like...
Related Topics:Relationships, World

Salman Khan Finally Reacts To Online Trolls & Every Troller Needs To Read What He Said
Deepika Slut-Shamed For Her Latest Pic On Insta! She Replied To The Haters Like A Boss!