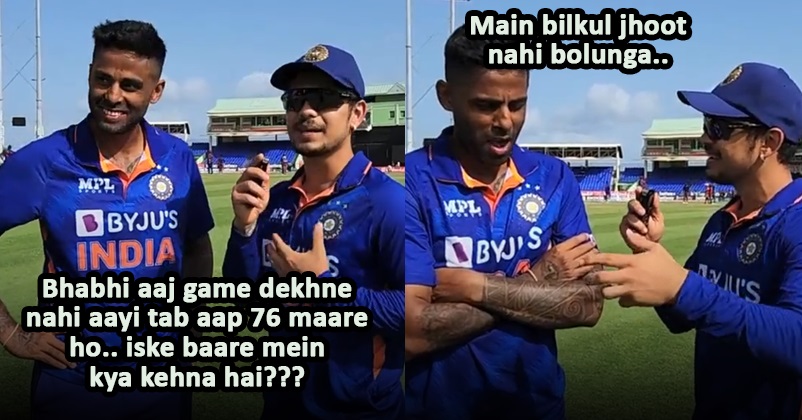 The Indian cricket team took a lead of 2-1 in the ongoing 5-match T20I series after defeating West Indies in the 3rd T20I of the series which was played at the Warner Park stadium. The hero of this match was India’s Suryakumar Yadav who smashed a blistering knock of 76 runs in 44 balls and his innings included 8 fours & 4 sixes. The toss was won by the visitors and they put the hosts to bat first. WI put up a total of 164/5 on the scoreboard with the help of a brilliant knock of Kyle Mayers (73 runs, 50 balls, 8 fours & 4 sixes). 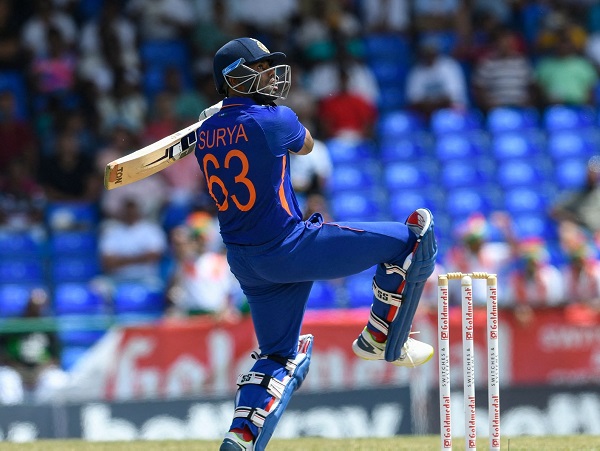 SKY was adjudged as the Player of the Match and after the game, he was interviewed by his teammate Ishan Kishan who asked about the absence of Devisha Shetty (Suryakumar Yadav’s wife) from the stadium. Usually, Devisha makes a point to watch SKY’s batting whenever he plays but she was not present in the 3rd T20I of the series and it can be said that in two instances when she was not around, Suryakumar Yadav performed superbly. 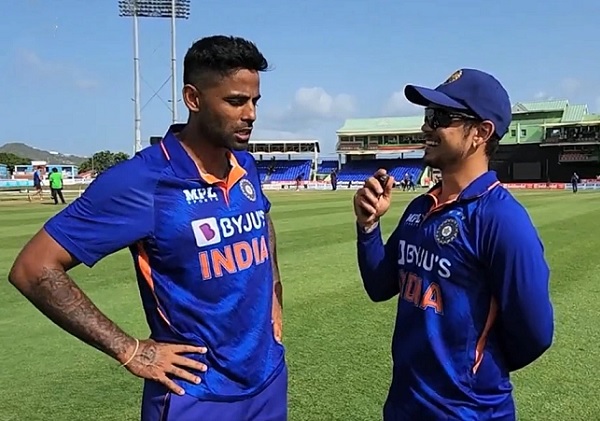 The first instance is from the 3rd T20I of India vs England T20I series in which SKY scored a century and the second instance is of the recently played 3rd T20I which India played against West Indies.

When SKY was asked to comment on Devisha’s absence, he tried to prove that he was saying the truth by mentioning that a person who lies stammers but he was not stammering so he would say that again what he spoke in the dug-out. According to SKY, it is not necessary that a partner is in the ground but what matters the most is the fact that she is with you. He adds that his wife is in this same country and he also has a tattoo on his body and she is very close to his heart, so it really doesn’t matter whether she is present in the stadium or not, she will still channel her power to him. 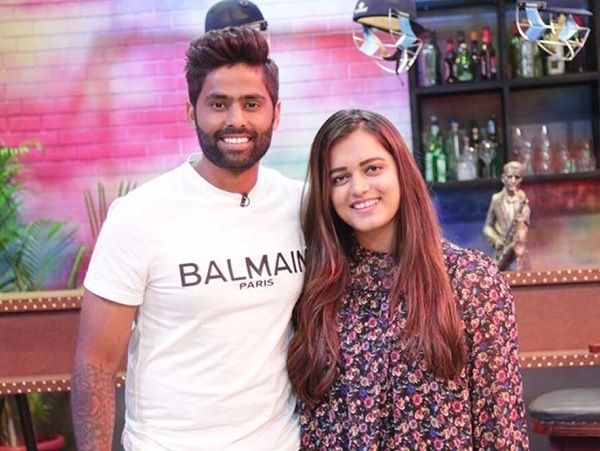 As the interview ended, Ishan Kishan decided to have some fun as he looked in the camera and gave a message to Devisha. He said, “Devisha Bhabhi, please keep paying our room bills, and in the coming matches, make sure your attendance is late.”

Of special knock, learnings & an anecdote 💪 😃

Suryakumar Yadav and Devisha Shetty knew each other since 2012 and it was in the year 2016 that the couple got married.

Which team do you think has better chances of winning the series?