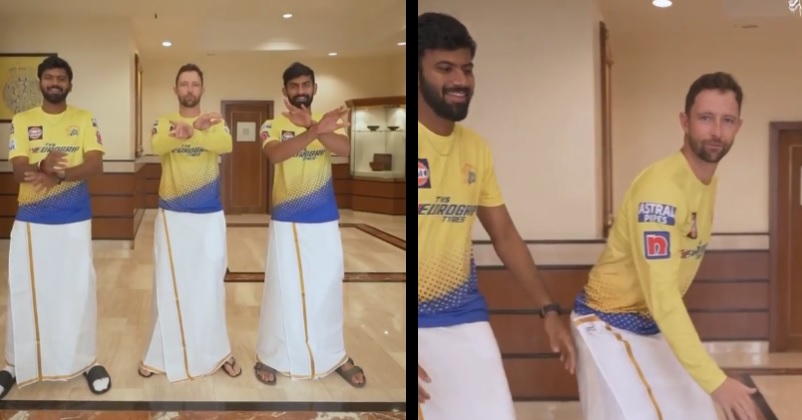 Chennai Super Kings got some relief after winning the last match against Royal Challengers Bangalore as it had earlier lost its first four matches in a row and things would have turned more difficult for the team if it hadn’t registered the victory against RCB. 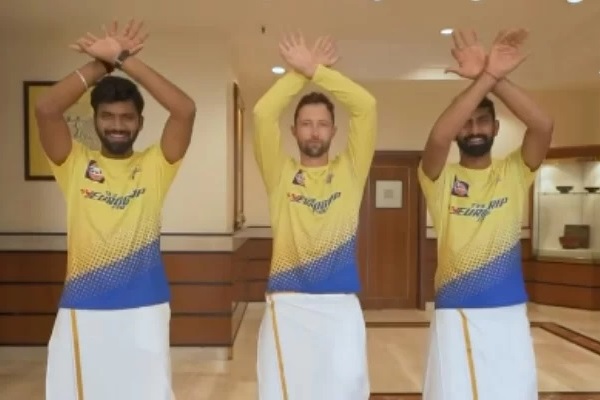 The CSK players are having a good time and recently a video was posted by the franchise in which their players N Jagadeesan and C Hari Nishaanth along with Kiwi cricketer Devon Conway were seen shaking legs on “Arabic Kuthi”, a song from Tamil flick “Beast” which is the latest release of actor Vijay. The three cricketers were seen wearing traditional dhoti and the caption of the video read, “It’s #Arabickuthu time for the Kiwi and Kovai 🦁!#WhistlePodu #Yellove”

Devon Conway has been bought by CSK for a price of Rs. 1 crore and he was a part of the team in the first match of the franchise which was against Kolkata Knight Riders.

The Chennai team performed exceptionally well in the match against RCB which was played at Dr. DY Patil Sports Academy, Navi Mumbai. CSK put up a huge total of 216 runs on the board with the help of Shivam Dube’s 95 not out and Robin Uthappa’s 88. RCB could manage only 193/9 in its stipulated 20 overs and CSK won the match by 23 runs. 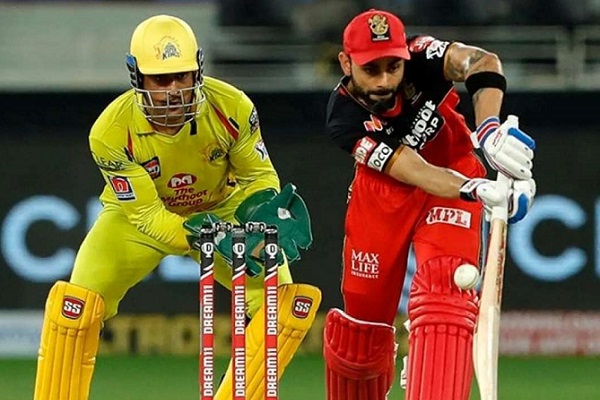 CSK, the four times champion, is at the ninth spot in the points table with 2 points and its next match is against the table toppers, i.e., Hardik Pandya led Gujarat Titans which has won 4 out of 5 matches that it has played. The match will be played today at Maharashtra Cricket Association Stadium and CSK will surely like to win each and every match now if it wants to enter the play-offs.

“I Take Full Responsibility But It’s Not The End Of The World,” Says Rohit Sharma On MI’s Losses
Brad Hogg Recalls How Pravin Tambe Cried During His Emotional Speech After IPL2013 Match-Fixing