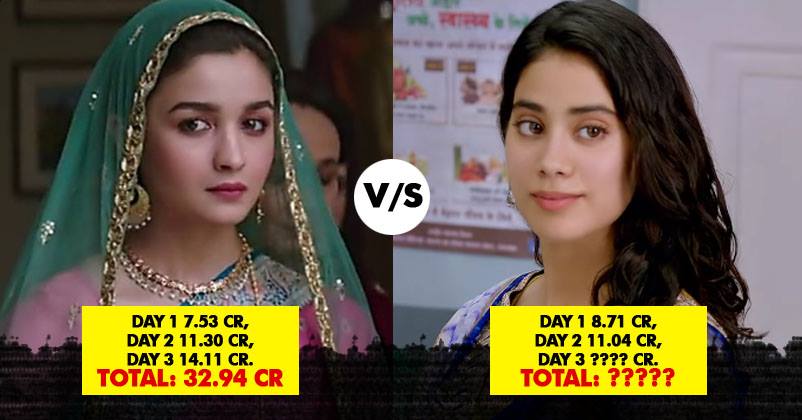 Janhvi Kapoor and Ishaan Khattar starrer “Dhadak” which is the Hindi remake of Marathi movie “Sairat” got released this Friday. “Sairat” was a superhit movie and hence people were very much excited for its remake.

It’s the debut movie of Janhvi, daughter of Boney Kapoor and legendary veteran actress Sridevi who left the world few months before Janhvi’s debut in Bollywood. What’s more, even though we have already seen Ishaan in Majid Majidi’s “Beyond the Clouds” last year, “Dhadak” is indeed a big break for him too. 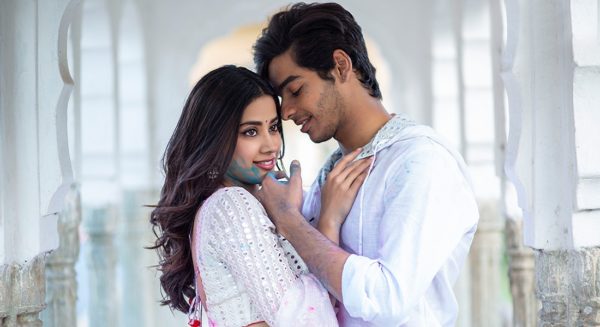 The movie is made under the banner of Dharma productions and it was obvious for it to be promoted on a large scale that has resulted in good figures on the box-office.

On the opening day, the film minted whopping Rs 8.71 crore and beaten Alia whose debut movie “Student Of The Year” collected Rs. 8 crore on its first day. On Saturday, “Dhadak” showed enormous growth of 26.75% and earned Rs 11.04 crore which is a pretty good amount considering that the movie features newbies.

Trade analysts expected it to cross Rs 30 crore in the first weekend and the movie didn’t let them down as it collected Rs 13.92 crore on Sunday, totaling the amount to Rs 33.67 crore so far. 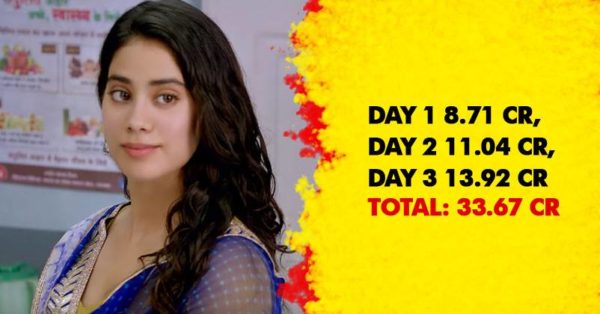 With the total collections of Rs 33.67 crore, Janhvi has once again beaten Alia Bhatt as her recently released “Raazi” minted a total of Rs 32.94 crore in the first weekend.

It will be interesting to see whether “Dhadak” manages the same or equally good figures even on weekdays or not. What do you think?

Not Hirani Or Sanjay But This Person Was Behind The Idea Of Making Sanjay Dutt’s Biopic
Sarfraz Ahmed Tried To Copy MS Dhoni But Failed Miserably. Watch The Video