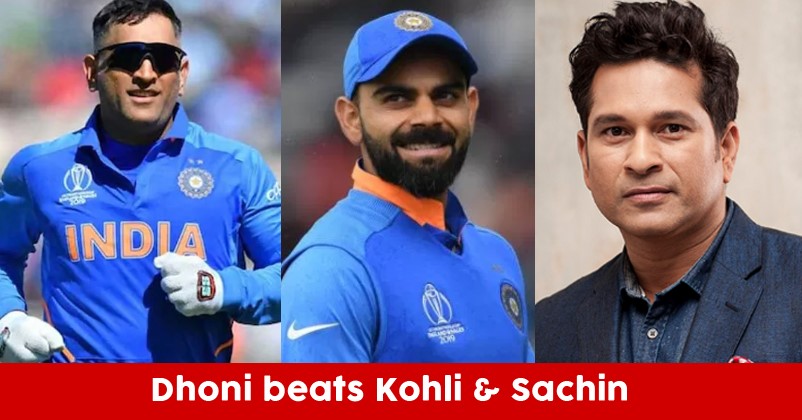 Former Indian skipper MS Dhoni may not be a part of the Indian cricket squad at the moment but there is no denying the fact that he lives in the hearts of many Indian cricket fans. Dhoni has taken a sabbatical after the World Cup 2019 and nobody knows when he is going to join the team. There are many people who are very much interested in knowing about his retirement from the International cricket but the wicketkeeper-batsman is completely silent on this matter.

A survey which was done recently also proves that even though Dhoni’s age is increasing and it has been affecting his game a lot, a number of fans still love him truly for the contribution that he has made to the Indian cricket.

As per the annual survey of YouGov, MS Dhoni comes second in the list of the most admired men. In this survey, 42,000 people from all across the globe participated and based on the inputs given by them, the most admired Indian is none other than the Indian Prime Minister Narendra Modi.

While the Indian PM scored 15.66%, MSD secured 8.58 % and he was far ahead from Bollywood superstars Amitabh Bachchan and Shah Rukh Khan, legendary Indian cricketer Sachin Tendulkar and the present skipper of the Indian cricket team Virat Kohli. The Indian businessman Ratan Tata is on the third spot with 8.02 % while Barack Obama and Bill Gates are on the fourth and fifth spots, with 7.36% and 6.96% respectively. 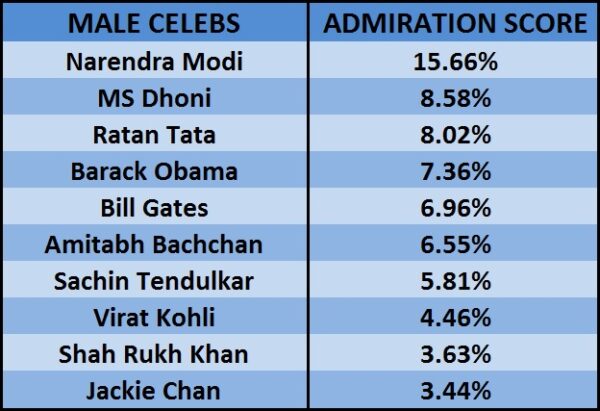 Talking about women, Indian boxer Mary Kom is at the top position with the admiration score of 10.36% followed by Kiran Bedi (9.46%) and Lata Mangeshkar (9.23%).

Check out the list of 10 most admired female celebs: 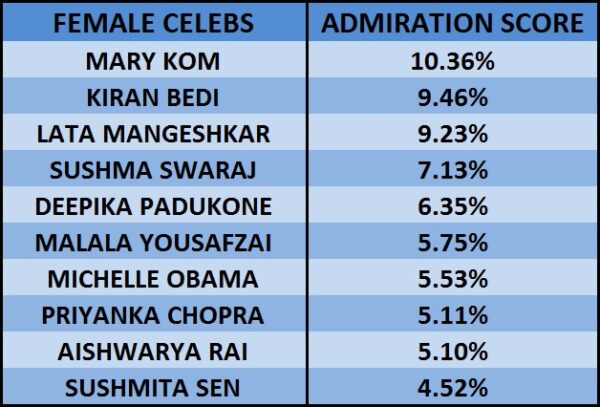 A proud moment for the fans of MSD!