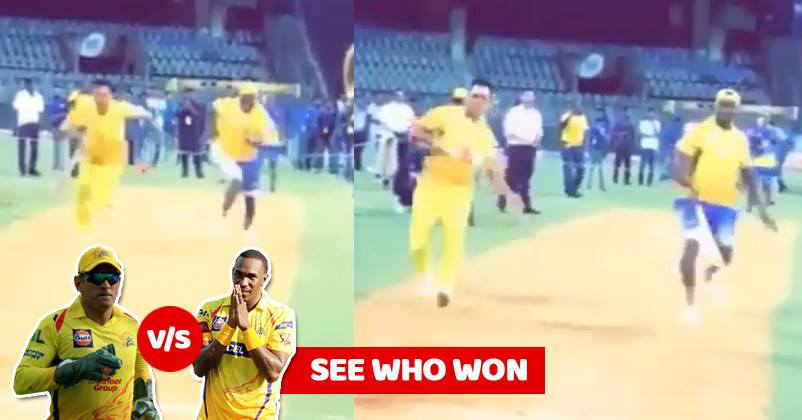 It was a fantastic comeback for CSK: everyone was thrilled to see how CSK came after 2 years and conquered IPL 2018. This is the 3rd time that Chennai Super Kings won the title.

The team stunned us with their mind-blowing performance. They even proved to the whole world that they can rule the matches like “KINGS” although their age is more than that of others. 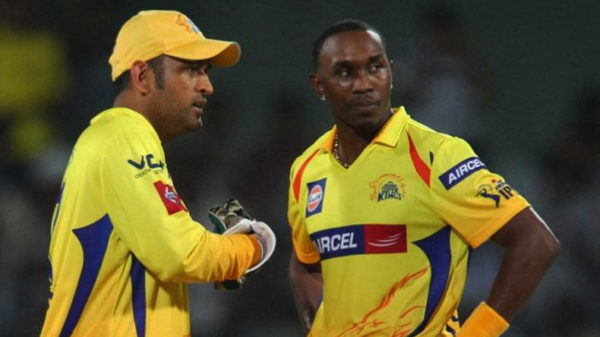 Dhoni stressed on the importance of fitness and said that age is just a number. He quoted Rayudu’s example and said that he showed a great performance on field.

After all this, we got to see a beautiful video on the internet today. Dhoni challenged Dwayne Bravo for a race on the pitch. They wanted to check who gets 3 runs faster. Although Dhoni is 2 years elder to Bravo, he won the race like a boss. On the other hand, Bravo left no stone unturned to go ahead of Dhoni.

Both ran really fast and it’s difficult to judge them. Watch the video right away;

When Thala challenged Champion for a three run dash, post the victory yesterday! Any guesses who wins it? #whistlepodu #SuperChampions 🦁💛 pic.twitter.com/k8OzIPMyxo

We must appreciate Dhoni’s fitness levels. At the same time, we also can’t ignore Bravo who gave tough competition to him.

Yuvraj Dated All These Girls Before His Marriage. Boys Will Be Jealous Of Him
From Anil Kumble To Sangakkara, Everyone Is Appreciating Mayanti Langer. Here’s Why