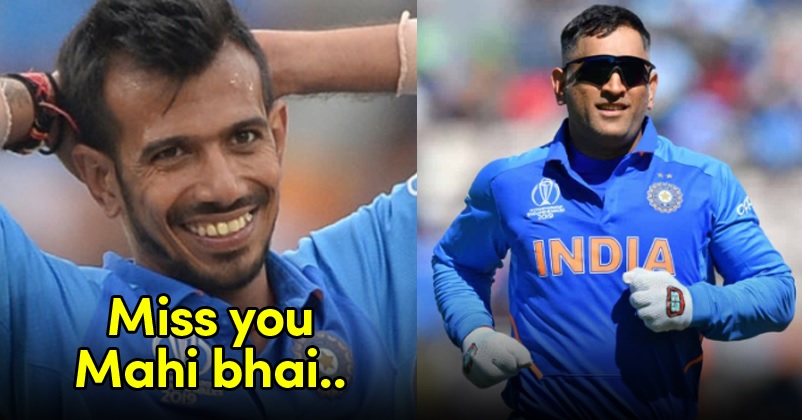 Indian cricketer MS Dhoni is being missed badly not just by his fans but by his teammates as well. Recently, the Indian spinner Yuzvendra Chahal took to the micro-blogging site Twitter and posted an old photo of himself with the former skipper and also revealed that he is missing being called “Tilli” from behind the stumps by the legend which means Dhoni has nicknamed Yuzi as Tilli. 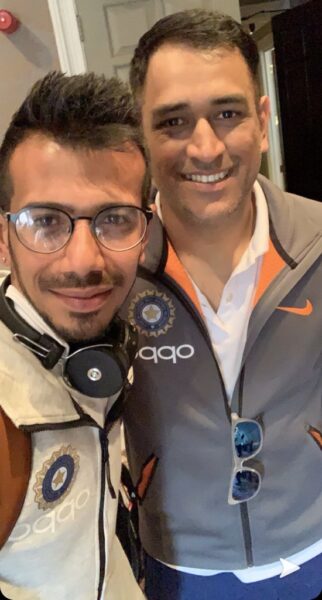 Here is what Yuzi tweeted, “Miss being called tilli from behind the stumps by the legend..!!”

Miss being called tilli from behind the stumps by the legend..!! 🤝🇮🇳 pic.twitter.com/iWGz6E11Pw

Yuzi addresses Dhoni as a legend and this is not the first time that he has confessed he is missing MSD. If you remember, in one of the episodes of his Chahal TV which he shot inside the bus, he went to an empty seat and told the viewers that this is the seat which is always reserved for the legend Mahi.

MS Dhoni played last for India in the 2019 World Cup semi-final against New Zealand which was lost by India. Since then, he has not played any cricket match and his fans were hoping to see him on the field in IPL 2020 but that too could not be possible as the tournament has been postponed indefinitely due to the coronavirus pandemic.

While many former cricketers were raising doubts over Dhoni’s return in the team for the T20 World Cup, the head coach of the Indian team Ravi Shastri once said that Dhoni may make a comeback in the squad if he performs well in IPL 2020. But with the tournament getting postponed, Dhoni’s chances of returning to the team seem bleak as KL Rahul has been performing pretty well with both the bat and the gloves.

Earlier, Rishabh Pant was also given many chances but he disappointed and another wicketkeeper-batsman Sanju Samson was also not able to impress the selectors. Some time ago, MSK Prasad revealed in an interview that Mahi wanted to spend some time away from cricket that is why the selectors stood behind Rishabh Pant. Prasad further said that if IPL had happened, we may have seen Dhoni’s old glimpses but now things are tricky as KL Rahul also performed well behind the wickets in New Zealand.

Will MSD be back in the Indian team for T20 World Cup 2020 if the tournament takes place? What do you think?

Rohit Sharma On Shami’s Biryani Logic, “Whenever Shami Sees A Green Pitch, He Eats Extra Biryani”
Ellyse Perry’s Response To Murali Vijay’s Wish Of Dinner Date With Her Will Make Him Happy