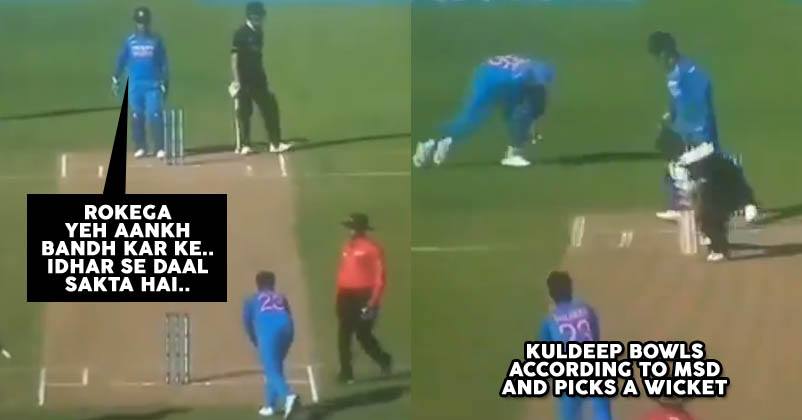 MS Dhoni is an experienced cricketer, and he proved it once again in the match against New Zealand today. From behind the stumps, Dhoni kept guiding Kuldeep and Chahal, which enabled them to score 6 wickets. 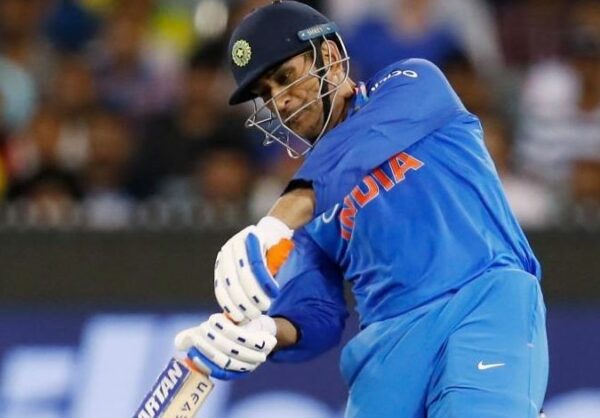 During the match, Dhoni shouted to Kuldeep, “Ye Aankh Bandh Karke Rokega” meaning “He will block the ball blindly you should ball round the wicket near stumps”

This was immensely helpful for Kuldeep who managed to get the Boult wicket.

37.6 : Dhoni to Kuldeep – 'He will block the ball blindly you should ball round the wicket near stumps'

Kuldeep bowled the same and he got the wicket of Trent Boult.

There have been many who claimed that Dhoni should retire, but then again, it’s experience that wins the match, isn’t it?

This is how people are reacting:

37.6 Dhoni to Kuldeep – 'He will block the ball blindly you should ball round the wicket near stumps'

Kuldeep bowled the same and he got the wicket of Trent Boult.

Down with dehydration, too sick to run properly, but he chose to give his 200% to ensure India wins.
Dear #Dhoni, you never fail to inspire us, to strive for the better, to work hars for the best! #DareToBeDhoni pic.twitter.com/22kC5niYVl

Look at MS Dhoni explaining step by step the process to get the Batsman out. He is the Einstein of cricket , a genius at work. There will never be another MS Dhoni.#NZvINDpic.twitter.com/7O9VDDiqLD

Dhoni rocks, there is absolutely no doubt about that.

Continue Reading
You may also like...
Related Topics:Dhoni, India vs New Zealand