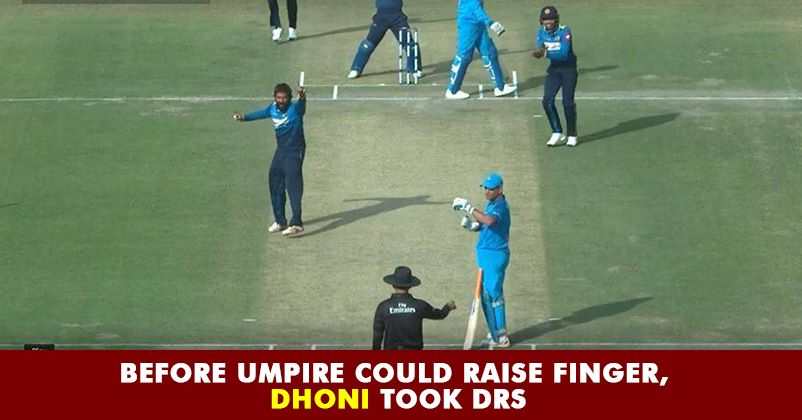 India has a very good ODI record against Sri Lanka; today, both the teams are playing a match in Dharamsala’s Himachal Pradesh Cricket Association.

It was Sri Lanka who won the toss and took the decision of bowling first. They bowled really well and gave limited runs to India and also took wickets with a good frequency.

Shikhar Dhawan got out at 0 in the 2nd over itself, while Rohit Sharma gave up in the 5th over. However, we all must thank Dhoni for saving Jasprit Bumrah’s wicket. Well, when it comes to DRS, Dhoni is no less than God. He’s very accurate and we have seen this at many occasions.

Fans are so crazy behind his DRS that they literally call it Dhoni Revview System. When Pathirana bowled to Bumrah, he attempted at a defense shot, but unfortunately, the ball hit the pads. After the Sri Lankans appealed, the umpire was about to give an out, but before he could raise his finger, Dhoni asked for a DRS.

In just few seconds, Dhoni asked a DRS, due to which the decision was reversed and Bumrah was declared not out. Check out the video here.

Click here to watch the video directly on BCCI 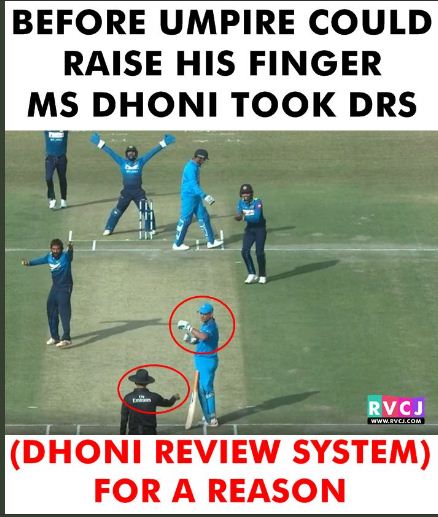 MS Dhoni has called for the DRS already

And above all nicest Human being to play game of Cricket.#INDvsSL #INDvSL #Dhoni

Anyone else noticed how Dhoni immediately took DRS after Jasprit Bumrah's LBW decision. I mean, INSTANTLY. He is awesome. #IndVsSL

Dhoni is good at anything and everything and he proved it once again.

Triple H Does Bhangra In The WWE Ring. You Just Can’t Miss To Watch This Performance
Twitter Wants Virat To Cancel His Marriage And Comeback After Indian Batsmen Fail To Perform