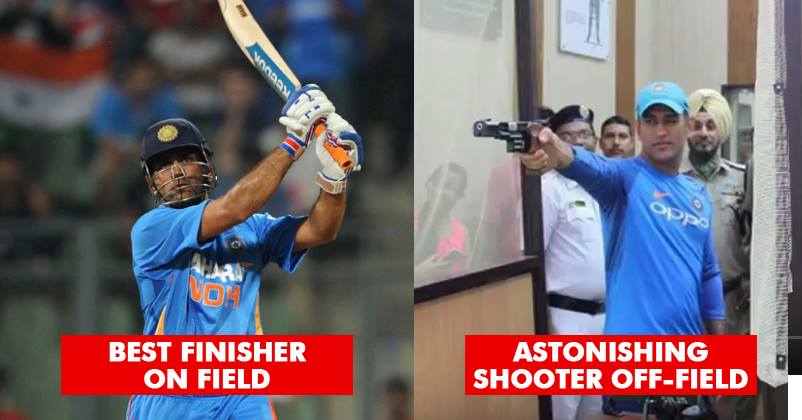 The former Indian cricket team captain MS Dhoni is a busy person whether he is on the field or off the field.

India and Australia will be facing each other in the second ODI which will be played at Kolkata’s Eden Gardens today (September 21) and we hope that rains don’t spoil the enjoyment as they did in the first ODI.

The Indian team was not able to conduct practice sessions in Kolkata due to rain but MS Dhoni used his time in a proper manner by practising his shooting skills at the shooting range at Police Training School and as per Kolkata Police, Dhoni’s accuracy is breathtaking.

“The great MS Dhoni takes some time off to practice his shooting skills at our state of the art shooting range this afternoon at Police Training School. His accuracy is breathtaking.”

Here is the video in which you can see Captain Cool practicing his skills with gun:

Did you have any idea that Dhoni is so good at shooting?

Dhinchak Pooja Is Back & This Time She Has Crossed Limits Of Irritation In This New Song!
Hardik Pandya Was Run-Out Still Umpire Declared Him Not-Out! Here’s Why!