The former Indian skipper MS Dhoni was last seen playing cricket in the IPL 2021 as he is the captain of the IPL team Chennai Super Kings and his team was performing pretty good until the tournament got postponed due to the coronavirus pandemic. Presently, the former cricketer is holidaying in Shimla with his wife Sakshi and daughter Ziva and the fans are often delighted with the beautiful photos on the official Instagram handle of Sakshi and also of the Meena Bagh Homes, the cottage where the Dhonis are staying.

After having great vacations and before returning to his home, MS Dhoni did something because of which his fans are showering love and affection on him. In an Instagram post of Meena Bagh Homes, Mahi dressed in red T-shirt can be seen standing beside wooden planks on which the slogans “Plant Trees” and “Save Forests” are written.

Check out the photos: 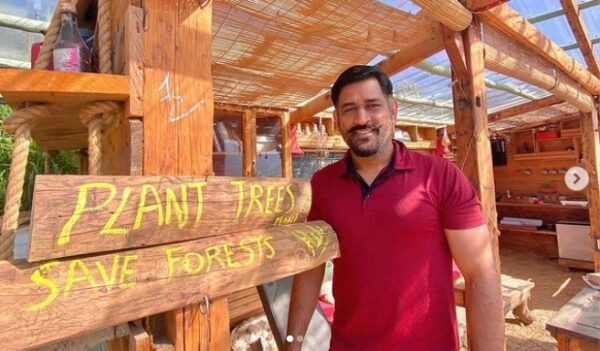 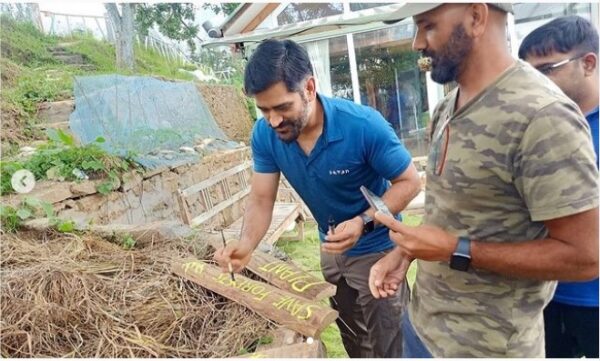 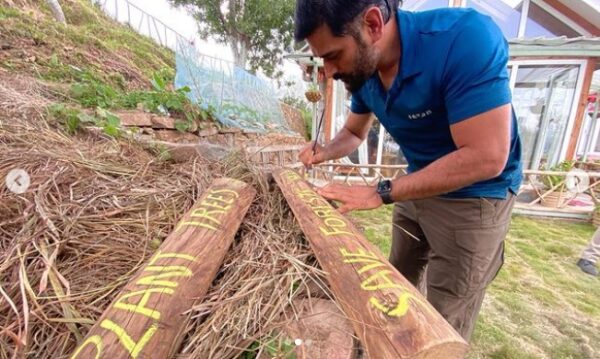 In order to show his support to both the messages, Dhoni signed those planks and Meena Bagh Homes shared the pic with the caption, “We had some boring slogans but he’s put his signatures to them. MeenaBagh Ratnari. HP. June 2021. (For our tree-hugging activist friends: the wood here is wood thrown by wood mills as waste and is called ‘waste wood’. It’s usually used for bonfires in Himachal’s winter)”.

The photo posted by Meena Bagh Homes was also shared by the official Twitter handle of CSK with the caption, “Planting the right thoughts! Thala”

Though Meena Bagh Homes has made it clear that the wood used by them is the wood thrown by the wood mills and it is called waste wood but many online users slammed the CSK skipper for giving the message of planting trees while standing in a wooden cottage.

What an pity. Standing under a wooden house, someone is preaching to plant trees. Boss look around and tell us how many trees were cut to.make this shade? Ridiculous hypocrites.

Planting tress so thay we can cut them later to make that wood 🏠???

I love Dhoni, but you are telling this when the who structure in the background is surrounded by woods. Ideally, these are cut-down woods.

Cut trees and make plank. Write “Save Forest” on the plank. Thala level 💯 🙌🏽

How many tress he had to cut down to make that wood house ? Naanum thala fan tha…but just asking! 😅

However, there were also some Twitter users who tried to defend Dhoni by reiterating the waste wood remark stated by Meena Bagh Homes.

MS Dhoni may get back to action after couple of months as the Board of Control for Cricket in India (BCCI) is planning to conduct the remaining matches of the IPL 2021 in UAE in September-October.