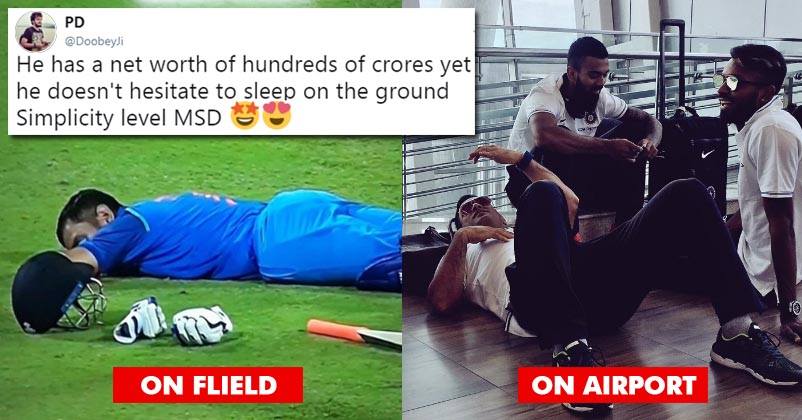 Time and again Dhoni has proved his title of being “Captain Cool”. Whether it is off the field or whether it is on the field, he never leaves a single chance to show his coolness. Remember, Dhoni was sleeping on the ground while playing a match against Sri Lanka? We all had loved the way he stayed relaxed and calm.

Once again, we got to see that and this time, it was at “Chennai Airport”. Yes, after winning against Australia in the ODI, the Indian team packed bags and traveled to Kolkata for the 2nd ODI.

Guess Dhoni was too tired after the match, which is why he decided to take a quick nap on the floor at Chennai airport. Even KL Rahul, Pandya, Dhoni and Kohli were seen resting, but Dhoni has crossed the level of simplicity. Although his networth is hundreds of crores, he is simply seen lying down on the ground.

After seeing this picture, even BCCI couldn’t stop tweeting the picture and captioning the same.

That is how you relax after taking a 1-0 lead. #TeamIndia #INDvAUS pic.twitter.com/EiCH9ruPep 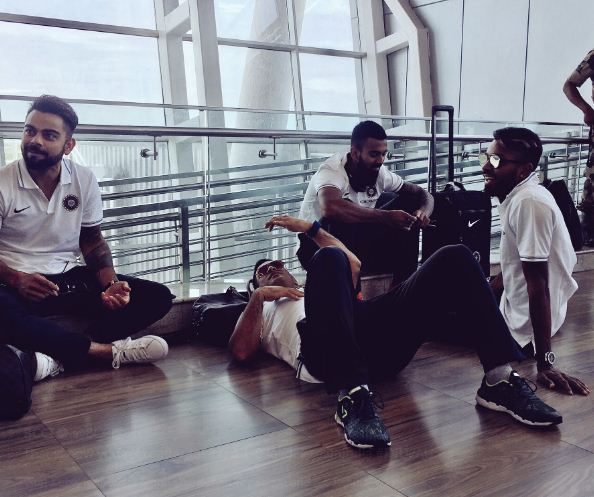 The tweet read, “That is how you relax after taking a 1-0 lead. #TeamIndia #INDvAUS”

Soon, even other fans started tweeting about the legend.

How sleep deprived is Dhoni? On field, off field he seems to be leaving no chance of catching a power nap, go!

Dhoni is so down to earth. He's again on the floor. 😂👌

Mahi way… being the different among the best

look at Dhoni why he always on the floor or ground when he free.. Always cool😃👌👌👍👍

This is the simplicity level of Dhoni. We loved the way he forgot his status and coolly lay on the floor, just to relax himself and prioritize his sleep.

Pandya Played A New Shot Against Aussies! Even The Bowler Couldn’t Stop Staring!
How Virat Mocked Steve Smith After He Asked For A Wrong Review Shows His Trolling Level