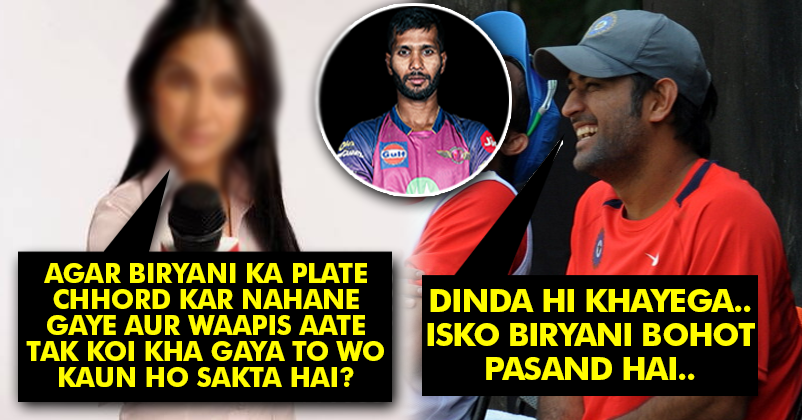 They answered some questions that were hilarious and the trio together trolled their teammate Ashok Dinda.

The video is titled as “How well do you know your Super Giants?” with #Funtrivia and “Gulf Go Far Har Baar”. Dinda became a major highlight of the entire video as the three of them poked fun and trolled him really hard. The three cricketers had to pick face cut-outs of the teammates to choose their name as the answer to the questions addressed.

The trio had a good time and it was all thanks to their mutual trolling and the target being poor Dinda.

If this wasn’t enough, the trio even shook a leg during the same video shoot for Gulf Oil, watch here:

Well, isn’t this a laugh riot. This video just made our day, what do you guys have to say about this? Let us know in the comments sections.

SRK Wants Dhoni In The KKR Team! Says He Can Go To Any Extent To Do That!
Kohli’s Special Gift To Sachin Tendulkar On His Birthday Will Win Your Heart