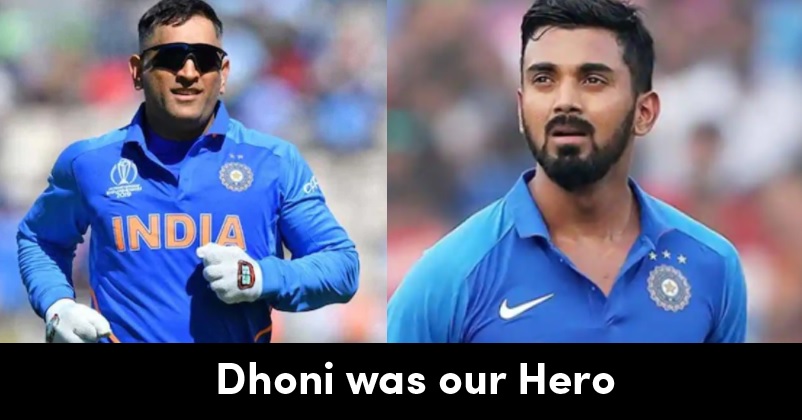 The former skipper of the Indian cricket team, MS Dhoni took retirement some time ago and it won’t be wrong to say that an era came to an end with this episode. He is an inspiration for many aspiring cricketers and many youngsters not only made debut under his captaincy but also got nurtured by him.

Dhoni who is also referred to as Thala by his fans understands the importance of supporting the youngsters, especially in their tough times. As Dhoni made the announcement of his retirement, social media networks were flooded with reactions by common public, cricketers and former cricketers.

Recently, the young Indian cricketer KL Rahul talks about the immense contribution that Dhoni has made to the Indian cricket world. This video is posted on the official Twitter handle of the Indian Premier League. Rahul states that Dhoni’s retirement has made everyone emotional and he is a role model for many youngsters, especially for those who are from small town.

As per Rahul, Dhoni was the hero for the small town guys and he instilled the faith in them that it doesn’t matter where you come from, you just need to try to fulfill your dreams. When KL Rahul was asked what he will say to Dhoni when he will meet him personally, the young right handed batsman said that he doesn’t have many words to tell him but he will hug him and thank him. KL Rahul also said that he will ask Dhoni not to be very hard on his team Kings XI Punjab.

Co-incidentally, KL Rahul debuted in the longer format in the Melbourne test match, December 2014, which was the last test match of Dhoni’s career as he took retirement after this test match. Later on, Rahul debuted in shorter formats in the year 2016 under Dhoni’s leadership.

KL Rahul has been appointed as the skipper of Kings XI Punjab, the franchise has released Ravichandran Ashwin who led the team in 2018 and 2019. After a long time, Dhoni will be seen on the cricket field in the IPL 2020 as the last match that he played was the 2019 ICC World Cup semi-final that was won by New Zealand.