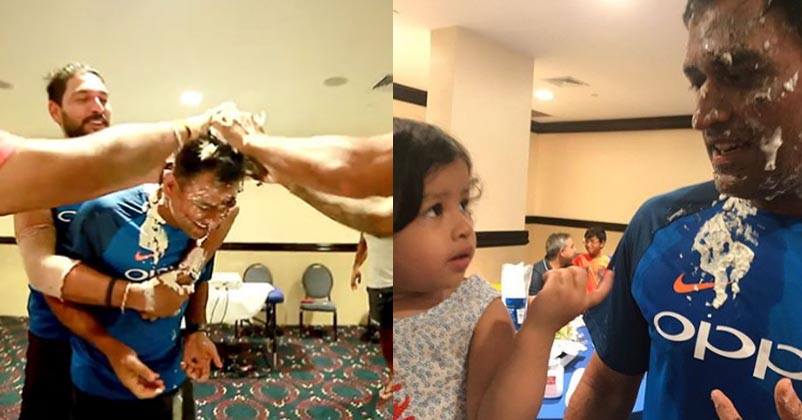 Yesterday was M S Dhoni’s birthday and his perfect gift was the victory of Indian team over West Indies in the ODI played at Jamaica which also sealed the series in India’s favor by 3-1. Team India celebrated their former skipper’s birthday in style by not only cutting the cake but also rubbing a good amount of cake on his face.

Dhoni is also known as Captain Cool for remaining calm in every condition. Apart from being a great batsman, he is also a wonderful wicket keeper and a dynamic finisher. What’s more, Dhoni is the only captain who has won three ICC trophies (World Cup, Champions Trophy and T-20 World Cup).

Fans of MSD also wished him through social media sites such as Twitter, Instagram and Facebook but the most special birthday wish to Dhoni was given by his wife Sakshi who took to Instagram to post few beautiful pics of MS Dhoni with daughter Ziva under hashtag #SaathSaathEkSaath! Take a look: 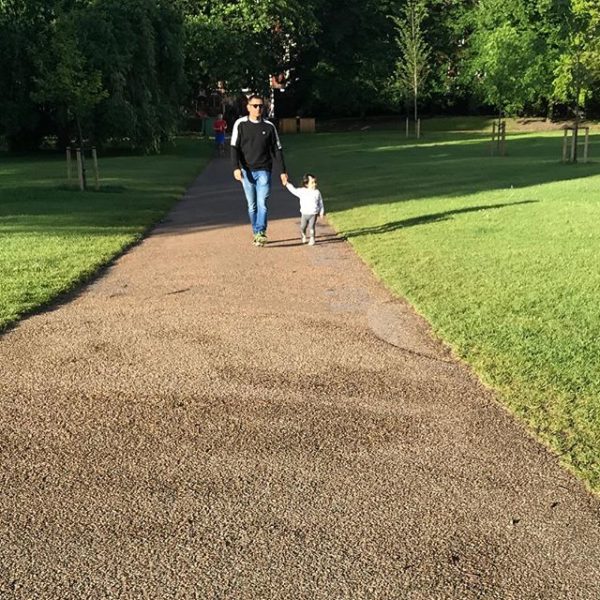 The cutest pic ever! 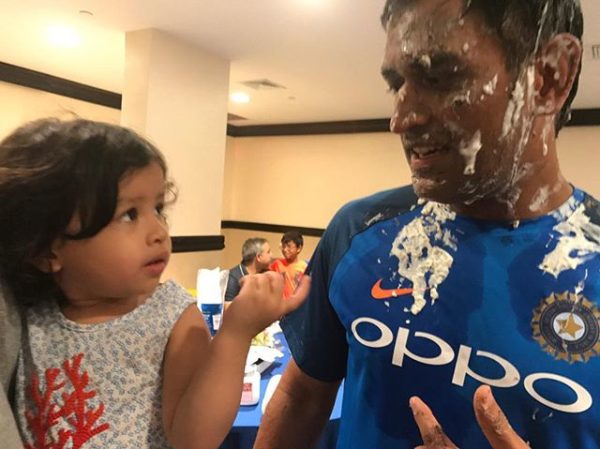 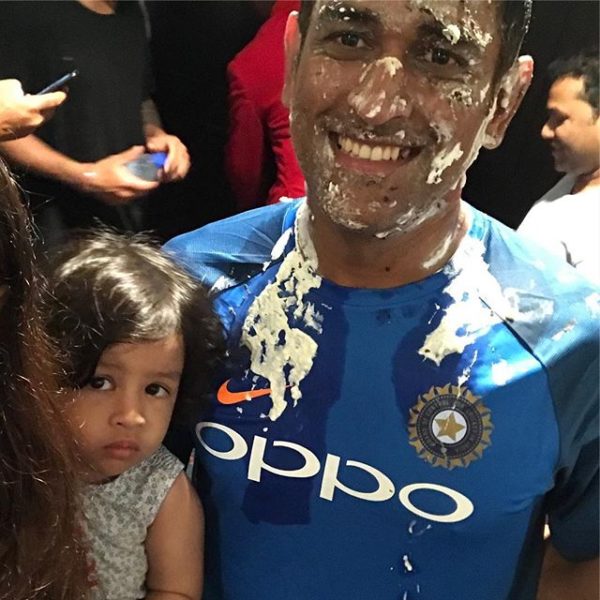 Check out few more pics of the celebrations!

Ready for the big bash! 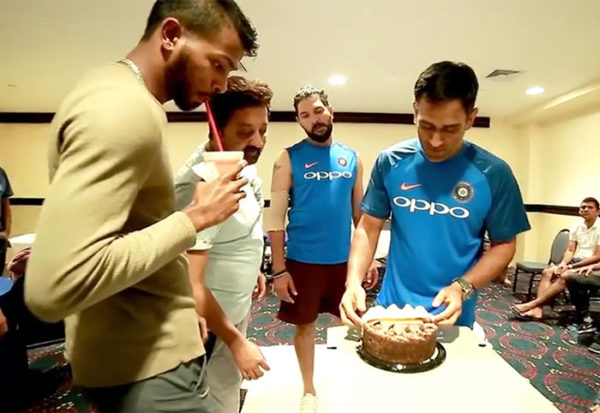 Kohli took to Twitter and uploaded one more pic of birthday celebration in which he can be seen with Dhoni and Yuvi. He wrote, “Another one from the celebrations!” 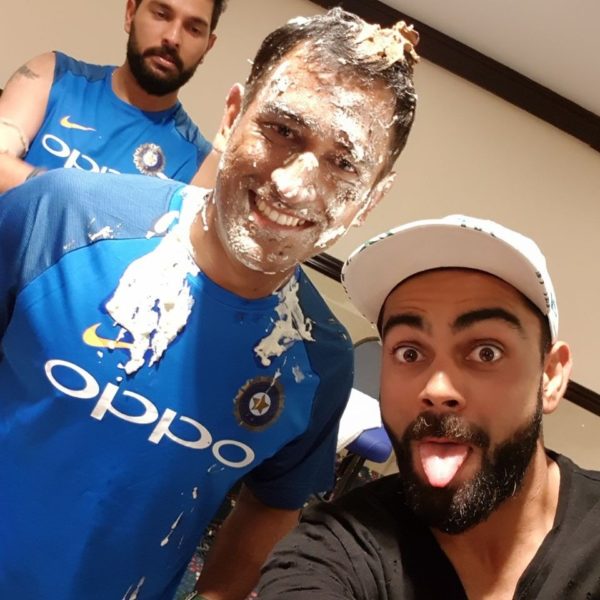 Another one from the celebrations! 😋 pic.twitter.com/0jfj8vvLD2

Ravichandran Ashwin shared a video of the cake cutting ceremony on Instagram with caption, “Birthday celebrations rock when the men in blue are at it. Happy bday MSD”

Birthday celebrations 🎉 rock when the men in blue are at it.😂Happy b day MSD

Official Facebook page of Indian Cricket Team also shared a video of the cake cutting ceremony! Here it is:

What a wonderful birthday celebration!!

Media Troubled Suhana In The Worst Way & She Was Damn Nervous! Watch Video
Heights Of Inhumanity! Brother Locked Sister In A Dark Room Without Clothes For 20 Yrs