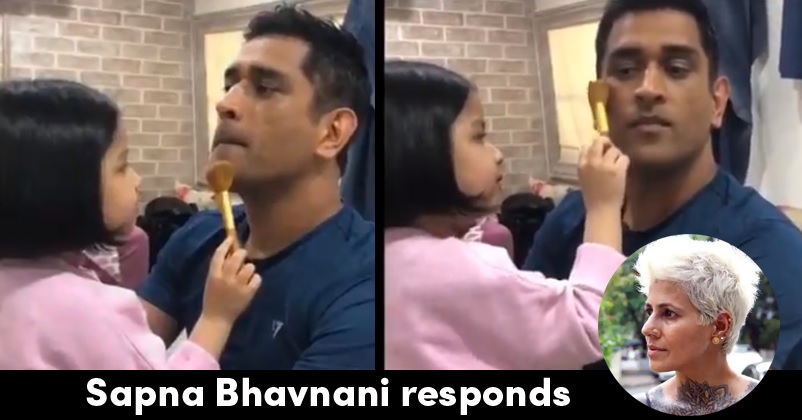 MS Dhoni, the former Indian skipper, is out of cricketing circuits for almost a year now but there is no decrease in his popularity and fan following. In fact, his fans were waiting eagerly for Indian Premier League as Mahi was supposed to lead Chennai Super Kings (CSK) in the thirteenth season of IPL. But IPL 2020 has been postponed till April 15 due to the coronavirus outbreak and now the chances of it getting cancelled or delayed further are pretty good.

If IPL doesn’t take place before the ICC T20 World Cup 2020 which is going to be held in Australia in October, the probability of Dhoni joining the Indian squad is almost nil as Ravi Shastri, the head coach of team India, said that Dhoni’s return in the squad will depend a lot on his performance in IPL 2020. However, the Indian wicketkeeper-batsman has always maintained a silence on the issues of his return in the team or his retirement from the international cricket.

He has been spotted enjoying vacations with his family members and nowadays a video is going viral in which Dhoni is seen with his daughter Ziva and the 5 years old cutie has turned into a makeup artist for her father. 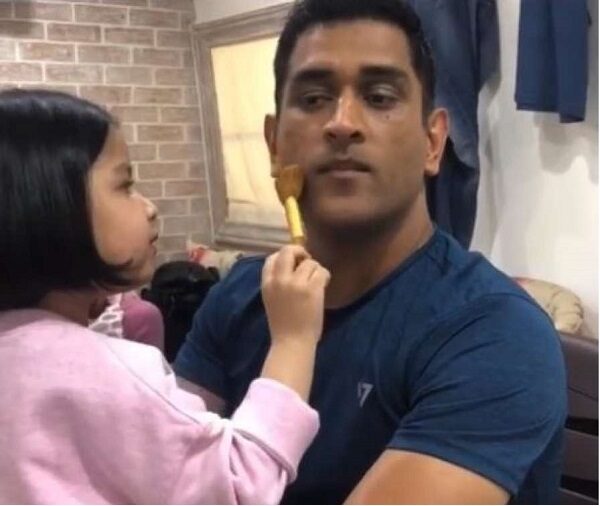 This video was shot earlier this year when Dhoni went to Mumbai for an ad shoot and it was shared on the micro-blogging site Twitter by celebrity hairstylist Sapna Bhavnani. In the video, Sapna can be heard teaching Ziva on how to do makeup of her father, she wrote the caption, “I think I have lost my job to this cutie pie #zivasingh #dhoni #MSDhoni #COVID2019 hai na?”

Dhoni last played for India in the semi-final of ICC World Cup 2019 which India lost to New Zealand. Since then, he has made himself unavailable for the selection and many former cricketers have raised doubt over Dhoni’s return in the Indian squad as he has not played cricket for a long time now.

As of now, the whole world is compelled to stay inside their houses due to the coronavirus outbreak as it has already taken more than 69K lives while over 12.5 lakh people have been found infected with it.