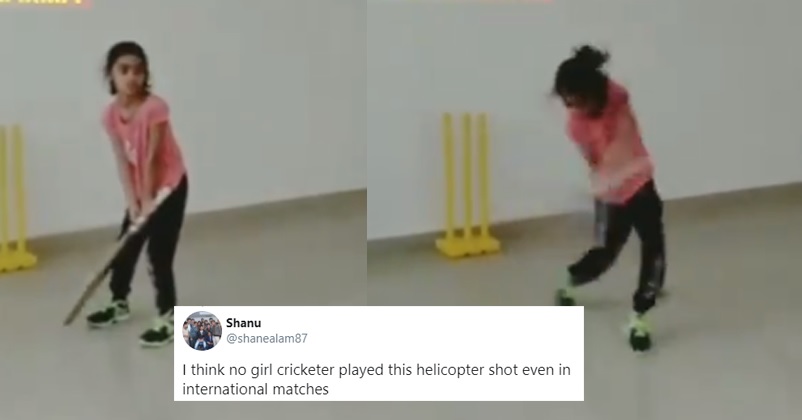 India is undoubtedly a cricket crazy nation and many youngsters aspire to become cricketers one day. However, the training for becoming cricketer starts in childhood itself and only a few people are able to get a place in the national team. India has produced many male star cricketers such as Sunil Gavaskar, Kapil Dev, Sachin Tendulkar, MS Dhoni, Sourav Ganguly, Virat Kohli, etc. but now cricket lovers are also getting interested in the women cricket. Some female cricketers such as Mithali Raj, Smriti Mandhana, Harmanpreet Kaur and others have become sensations; many young girls follow them and want to play cricket for the country just like them.

India is full of talented people and today we are going to tell you about a seven year old girl Pari Sharma who may be very young but plays cricket shots just like a professional cricketer. Pari is from Rohtak, Haryana, and dreams of being a part of the Indian national women’s team when she grows up. 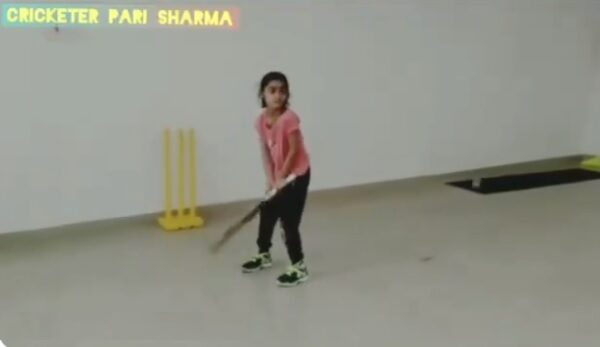 The former Indian cricketer Aakash Chopra who has now become a professional commentator took to his official Twitter handle and shared a video in which Pari Sharma can be seen playing MS Dhoni’s signature Helicopter shot to the perfection. Aakash captioned the video, “Thursday Thunderbolt…our very own Pari Sharma. Isn’t she super talented?”

Soon the tweet went viral and was noticed by former Indian cricketer Sanjay Manjrekar as well. Manjrekar tweeted, “I see now helicopter shot being actually practiced. Along with collecting the ball very close to the stumps as keeper, this is another cricketing technique Dhoni has popularised as great options for budding cricketers.”

I see now helicopter shot being actually practiced. Along with collecting the ball very close to the stumps as keeper, this is another cricketing technique Dhoni has popularised as great options for budding cricketers. https://t.co/vJcurZyyFh

Netizens also showered praises on the little girl and here are some of the selected reactions:

What a helicopter shot, Amazing talent!!

Wow…. Great shot by Pari Sharma on the helicopter version of @msdhoni… 🏏🏏
Fantastic way that she had played…. 🏏🏏🏏🏏🏏 pic.twitter.com/T78g9HH5aP

Another thing that impresses me a lot is her lightening fast foot movement and hand eye coordination. Looks like lady SRT in making.

There is Kohli+ Dhoni swing of bat. Wow.. she will play for India one day

The kid has a bright future, she should pursue her career into it

There is no denying the fact that Pari’s speed of swinging the bat and the coordination between her eye and hand is just amazing.

What do you think of this 7 years old child prodigy?