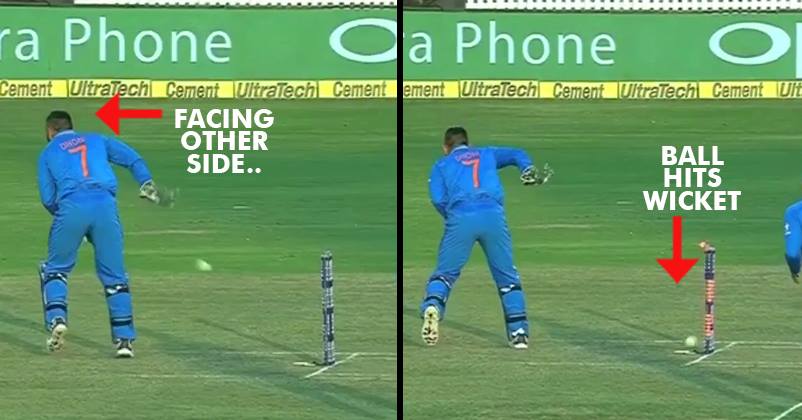 We are short of words to describe the skills of “M.S Dhoni”. Yes, he is just the best, be it as a finishing batsman or be it as a wicket keeper. His performance has been outstanding and audience eagerly wait for him to rock the field. Often, his wicket-keeping gets overshadowed by his other achievements and skills.

His cricketing philosophy has been very simple from the start; MINIMUM PRACTICE and MAXIMUM RESULTS. Dhoni knows that he just can’t end the game without hitting a sixer. We had seen how his helicopter shot was brilliantly portrayed in his biopic “M.S Dhoni: The Untold Story”. I know you won’t believe, but Captain Cool hasn’t performed his wicket-keeping drills for 3 years now, but still he is excellent. His high dismissal rate proves his perfection and dedication. Yes, this is the “Mahi-Way” which fans fall for. Now, yesterday Dhoni was in the news for his luxurious Hummer which made the Kiwis go crazy; but today he is in news for something else.

This time it is for his MAGIC! If you have watched today’s match, you would have surely loved Dhoni’s wicket-keeping. The way he hit the stumps even without seeing is mind-blowing, and this was the wicket of Ross Taylor who was all ‘Aww’ yesterday seeing Dhoni’s Hummer.

BCCI shared a video of that moment on Twitter and everyone couldn’t stop appreciating. Have a look at the video….

It was aptly termed as the “MAHI MAGIC” and as soon as it was posted on Twitter, fans just couldn’t stop themselves from giving awesome responses; you need to check them out..

Are you a magician?

It was because of this man!

Play the role of Arjuna!

MS Dhoni should play the role of Arjuna in next Mahabharata.😍

The sequel should be announced!

Dhoni has so much more to offer that they should already announce MS Dhoni : The Untold Story 2.#indvsnz

So guys, wasn’t it awesome? I am sure you have loved it! Do share your appreciation messages for Dhoni in our comments section below…

10 Greatest Moments In The History Of Indian Cricket! These Moments Still Give Us Goosebumps!
The Epic Moment When Indian Women’s Kabaddi Team Let A Rival Wear Hijab Back During Game