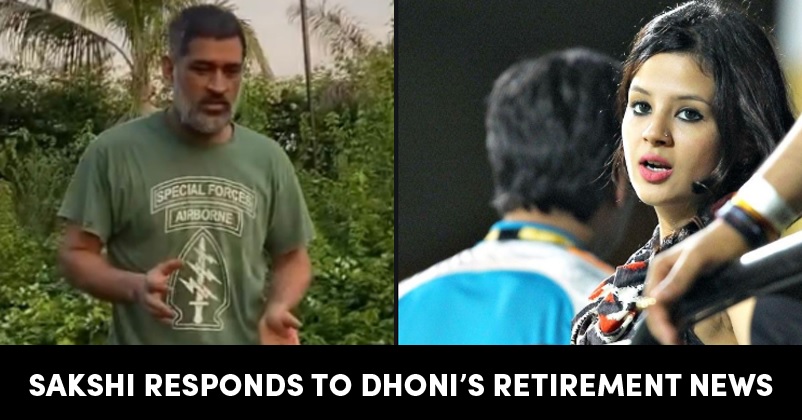 The fans of MS Dhoni were quite desperate to see their favourite cricketer on the field once again in the Indian Premier League (IPL) 2020 but it didn’t happen as the league got postponed due to the coronavirus outbreak for an indefinite time period.

Dhoni hasn’t played any cricket match for a long time now and the last time he played for India was in the semi-finals of 2019 ICC World Cup in which India got defeated by New Zealand. While the fans are eager to see him back in the Indian team, many former cricketers have expressed doubt over Dhoni’s return considering the fact that he is completely out of touch and they have doubts over his fitness as well.

The retirement or comeback of Dhoni has become a favourite topic of discussion among the cricket lovers nowadays and many times #DhoniRetires has also trended on the micro-blogging site Twitter. On Wednesday, it started trending again and fans began to thank Dhoni for the memories and the moments that they will always cherish. 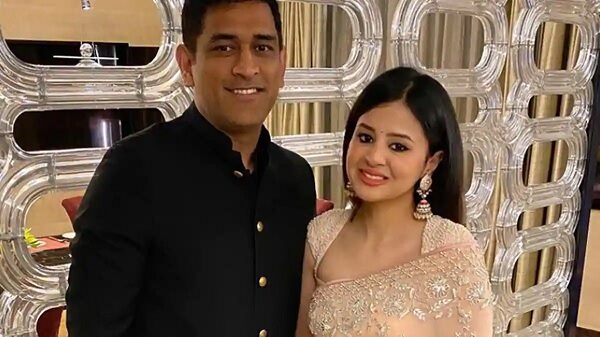 MS Dhoni’s wife Sakshi Dhoni also noticed it and she took to Twitter to put the rumours to rest, slamming those who were spreading the false news.

Sakshi Dhoni wrote, “Its only rumours! I understand Lockdown has made people mentally unstable! #DhoniRetires… Get a Life!” 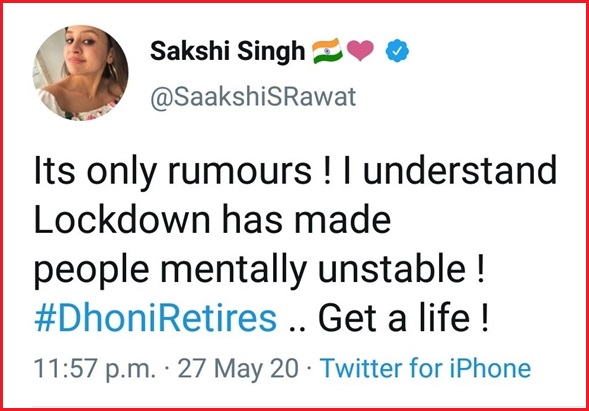 However, she deleted the tweet after some time for unknown reasons. Whatever, at least now we know that the CSK skipper is still thinking of playing for the country.

Dhoni even started training for the IPL 2020 but after few days he returned to his home city as the tournament was postponed. It is still not clear whether the IPL will take place this year or not; nevertheless, there are some reports as per which BCCI is planning to organize the league in September-October and there are also chances of the ICC T20 World Cup getting postponed as well.

Are you waiting to see Dhoni back on the cricket field?

Brett Lee Names Three Toughest Batsmen He Ever Bowled To & One Of Them Is Indian Legend
Virat Kohli Trolls Harbhajan Singh Over His Workout Video, This Is How Bhajji Responds