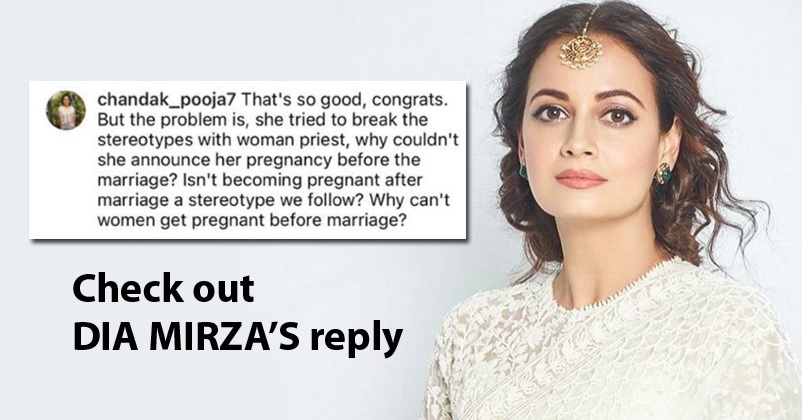 The Bollywood actress Dia Mirza may not have had an impactful career in B-Town but still she is one of the most popular celebs of the industry and for some time now, she has been making headlines for her pregnancy. 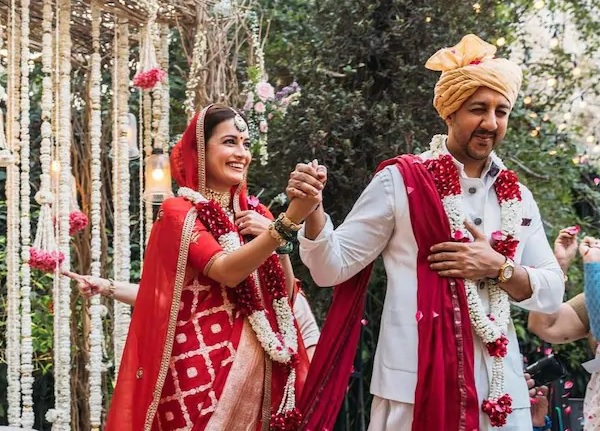 The 39 years old star who made us go crazy after the release of her movie “Rehnaa Hai Terre Dil Mein” got married to Vaibhav Rekhi in February this year and just after 1.5 months of marriage, she announced her pregnancy on the social media handles. 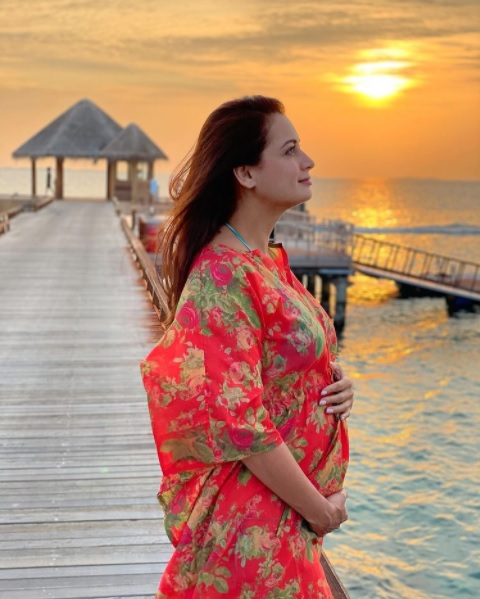 While many people congratulated the couple there were some who trolled the actress for the timing of her announcement. Dia took to Instagram and posted an adorable photo of herself in a beautiful background with the caption,

One with Mother Earth…

One with the Life Force that is the beginning of everything…

Of all stories. Lullabies. Songs.

And the blossoming of hope.

Blessed to cradle this purest of all dreams in my womb 🙏🏻🙏🏻🙏🏻 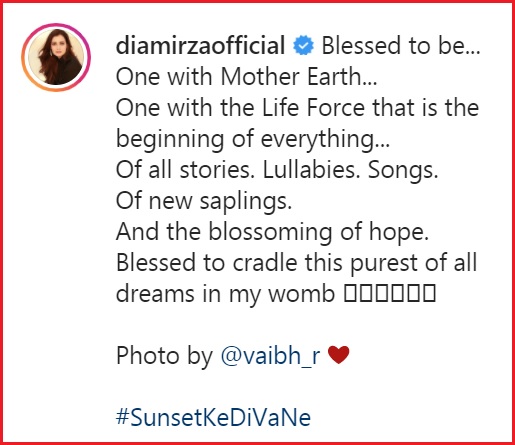 However, one user questioned as to why she followed the stereotype of announcing pregnancy after marriage and why women can’t get pregnant before getting hitched. The online user congratulated her but was not happy with the fact that the actress who broke a stereotype by making a woman priest carry the proceedings of her marriage instead of a male one chose to make her pregnancy news public post wedding only.

Dia Mirza took note of the comment and decided to give a subtle response to the user. She replied that they both didn’t get married because she was pregnant, in fact they were already planning for marriage as they wanted to live together for whole life and it was just that they got to know the good news when they were making preparations. Dia also states that it is a big moment for her and she has waited for many years to experience this beautiful moment so there is no question of hiding it but she didn’t announce as there were some medical reasons. She further states the reasons because of which she has answered the question.

“Interesting question. Firstly we didn’t marry because we were having a baby together we were already marrying as we wanted to spend our lives together. We discovered we were going to have a baby while we were planning our wedding. So this marriage is not the result of a pregnancy. We didn’t announce the pregnancy until we knew it’s safe (medical reasons) to. This is the happiest news of my life, I’ve waited for many many years for this to happen. No way I would hide it for any reason other than medical.

Only answering this because:

1) Having a child is a beautiful gift of life

3) As women we must always exercise our choice

5) As a society we must un stereotype our idea of what is right or wrong, instead train ourselves to ask what is fair or unfair.” 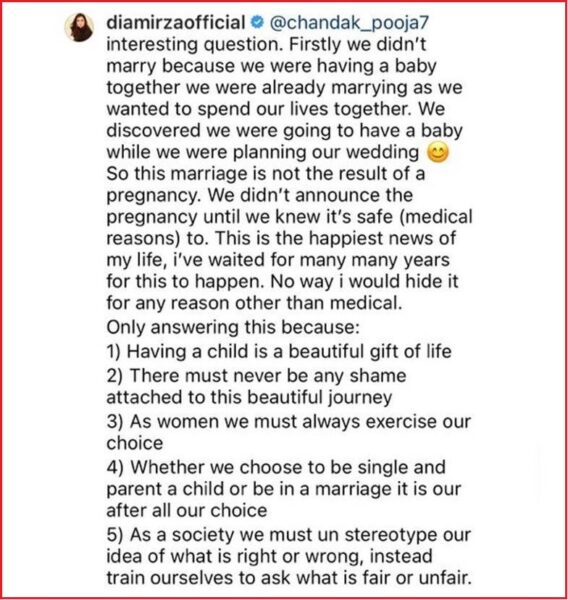 Well that was a pretty good response from Dia and we wish that the couple gets blessed with a healthy baby!