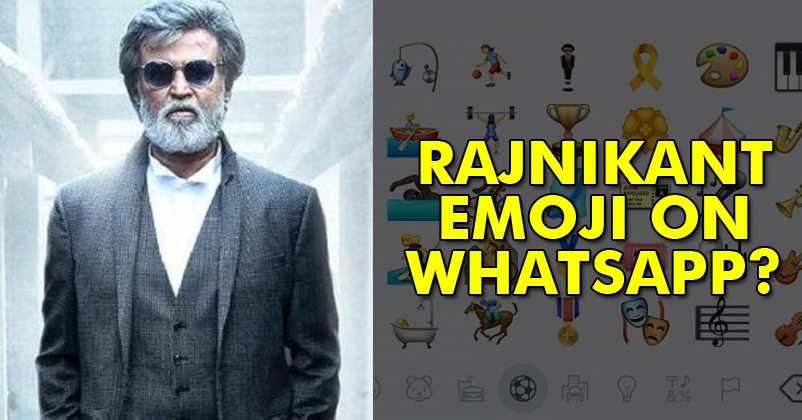 Rajinikanth is the most anticipated and loved actor not only in India but across the whole world. You can get an idea about his fan following by just visiting our Facebook page.

Rajinikanth’s new movie ‘KABALI’ is all set to release on 22 July 2016, which the whole universe is quite sure that it’s going to be a super hit movie. The mad ticket sale rush has already begun. Super star Rajinikanth will be acting as a Malaysian gangster Don Kabali in his upcoming movie.

Now recently there have been many articles getting shared on social media which states that ‘Whatsapp Honoured Rajinikath With An Emoji’. Now Is that true ?

Lets check it out.

So the image of that particular Emoji is given below, have a look. Have A More Closer Look. Is that how Rajinikanth looks like ? Perhaps No. So we did a fact check and found something hilarious ! !

Emojipedia says that the emoji shown as ‘The Man in Business Suit Levitating’ emoji is a man wearing a suit with a fedora hat and hanging or slightly swinging above the ground with his shadow beneath him. This levitating man is called Walt Jabsco Although the look of the icon resembles quite with the superstar in a recent film and those using WhatsApp took the emoji to be Rajnikanth. Since the display was quite small on smartphones, it was difficult to realize that the emoji does not look like Rajinikanth.

Here is a picture of Rajinikanth Posing for the KABALI Movie which is resembling with the emoji of Walt Jabsco. Well we hope that we were able to clear the air filled with rumors and gave you a more better picture ! !