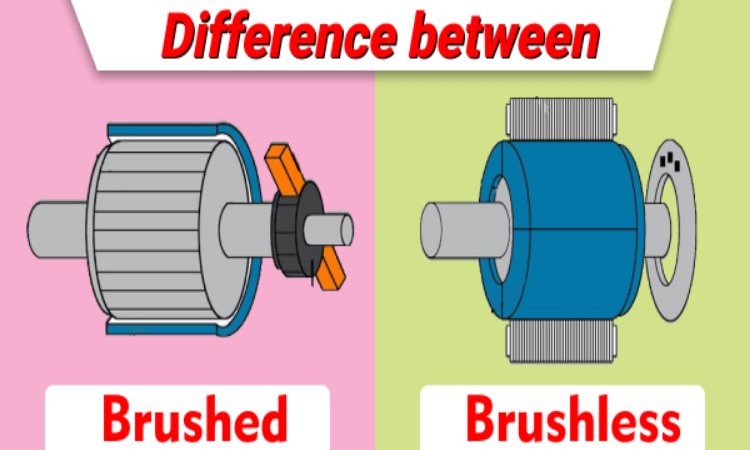 Brushed and brushless motors have the same function; to convert electric current into rotational motion. For over 100 years, brushed motors have been in use since brushless motors were only made invented in the 1960s. However, since their inception, they have become more commonplace. However, brushed motors are still utilized even to this day. To better understand how each of these motors works, here is a breakdown of what they are and how they function.

These are the few things that stand out between brushed motors and BLDC motors;

It has A Permanent Magnet Field.

The rotor assembly is free to rotate, making the armature’s generated field repel the stator field. This will then cause shaft rotation. This particular rotation is usually proportional to the armature and stator field currents. However, attempting to change these currents will produce different output characteristics.

Brushed motors are simple to repair and control, and they come in various forms to fit various environments. Additionally, brushed motors can work using AC like the universal motors, giving them added versatility in application. Nonetheless, brushed motors have been in use for several years. While they aren’t as complicated, they still provide the best possible power for several applications.

Brushless motors are also known as BLDC motors. In contrast to bruised motors, this is how they differ;

These motors don’t use brushes; instead, they use the permanent magnetic field that would usually be in the brushed motor’s stator. It then places it around the rotor in the form of real magnets. Brushless motors have electromagnetic coils, usually placed in pairs around the rotor. These magnets are electrically turned on and off using an electric control system.

When the electromagnetic coils are powered, the pair pole attracts the permanent poles of the rotor, making it turn to its aligned position. If the stator poles are powered on and off sequentially, the operator will make the rotor rotate with the desired frequency. This will result in mechanical energy.

Brushless motors are 3 phase induction motors with a certain level of complexity which increases their working characteristics. However, this means they will also cost more. Their complexity places them above the brushed motors on almost all fronts because of their electrical controllers.

The brushless motors require minimal maintenance because of the absence of the brushes. This makes them last longer than brushed motors. However, when it comes to repairing, these motors require expensive repairs. And when there must be one, it’s due to its intricacy.

The power density of motors relates to their rated power, which could be in kW or HP. The power density number is usually useful for applications requiring high speeds in small packages—for instance, washing machines or power tools. However, brushed motors’ power density is pretty high because they provide a higher speed that you can sustain effectively compared to brushed motors.

While the speed range of brushed motors comes in different ranges, the electrical commutation in BLDC motors gives them a higher and better speed range.

Brushed motors come with a brush life that the operators must know when to replace. This significantly reduces their lifespan. On the other hand, brushless motors can last for much longer as they don’t require periodic maintenance or face any issues with friction. There is also no risk of sparking, meaning they have fewer potential risks of failure.

Which One Stand Out?

Looking at all the differences, it’s obvious the brushed motors aren’t the perfect choice to go for, as much as they get the job done. On the other hand, Brushless motors offer exceptional service except for their high price. The brushed motors cost less and don’t require electrical control systems. Therefore, the brushless motors will provide all the benefits as the best option. However, for all these, you will have to pay more.

Both these motors offer invaluable services when it comes to various applications. However, when getting one, it’s vital to understand the benefits and risks that come with them and the budget you have.