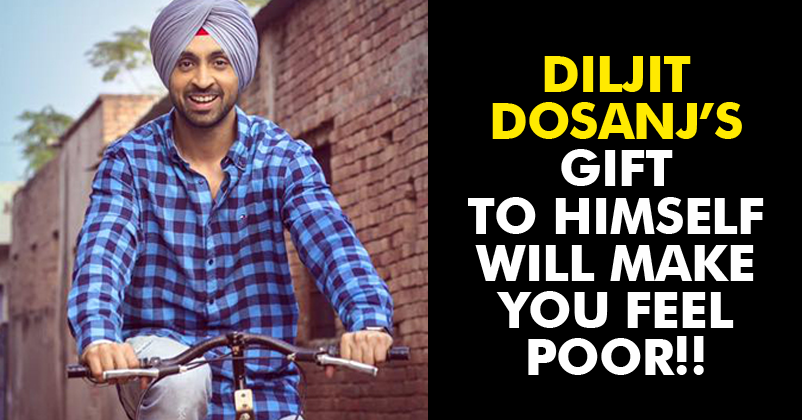 Punjabi actor and singer Diljit Dosanjh is winning hearts with his terrific performances in Bollywood movies.

The recent release Phillauri garnered so much of positive response and Diljit’s character became one of the most loved ones.

Diljit is surely going places, quite literally. He is now owning his own private jet. We are super excited with his new possession. He shared the good news on Twitter.

Check out his tweets below:

Here’s image of Private JET in case you’re not able to load above tweet:- The Udta Punjab actor is basking in fame and success. His immense talent and incredible acting in Udta Punjab gave him national recognition. He even won Filmfare Award for Best Male Debut for the movie.

His singing and rap are also adding on to his popularity. He recently did a song in Noor alongside Sonakshi Sinha and Baadshah, it is currently topping the charts. From judging reality show Rising Star India, he now soon begins his Dream Tour. He shared a special video from his jet on Twitter.

Diljit will be next seen in a Punjabi superhero film backed by Balaji Telefilms, he said,

“It has been a great journey with Balaji and after Udta Punjab, us coming together for Super Singh makes it all the more special.”

This film is directed by Anurag Singh. Well, we are very happy and we wish the actor more luck and love in near future.