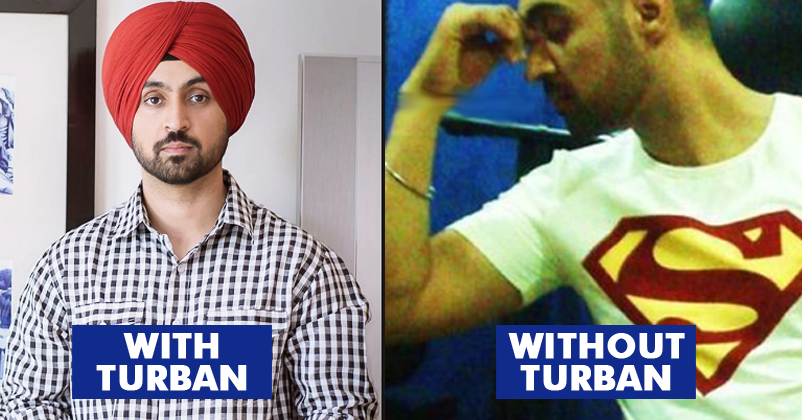 ‘Sardaar Ji’ of Bollywood, Diljit Dosanjh shattered the stereotypes that a guy with turban can’t play a hero in Bollywood film. The famous Punjabi Superstar didn’t just play the main lead in Bollywood films like Udta Punjab & Phillauri, but also grabbed a lot of appreciation and awards. He has always been popular in Hindi markets for his hit songs but touched new levels of fame with the above mentioned films. Reasons for his ever increasing popularity are his infectious charm, talent, down to earth attitude and the way he carried his cultural legacy by always wearing the turban. It won’t be wrong to say that the turban adds extra charm to his personality.

However, some of his pictures have just gone viral on the Internet in which he is seen wearing a cap and having short hair. These pictures have come as a shock to his fans, especially those who belong to the same religion and consider the hair as a prestige. Have a look at the pics that have gone viral- Diljit Dosanjh is currently promoting his upcoming film Super Singh. We hope these pictures don’t impact its performance at Box Offce. Also, we hope he continues wearing the turban because it really adds to his personality; what do you think?

Continue Reading
You may also like...
Related Topics:Diljit Dosanjh

Fan Screamed ‘Deepika Ki Jai Ho’ When Ranveer Arrived! Watch Video To See How Ranveer Reacted
SRK Backs Out Of The Clash With Akshay Kumar! Want To Know The Reason For This Change?