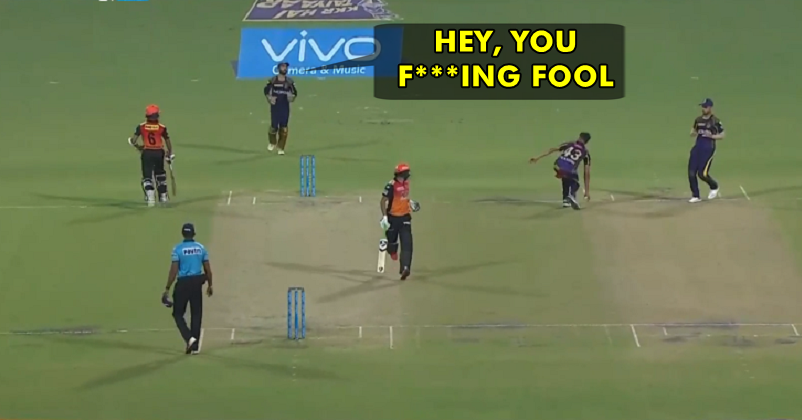 Some players are very cool-minded but in some situations, they just can’t control themselves. We have even seen Dhoni losing his cool when things don’t happen as per him.

We saw something similar in case of Dinesh Karthik in yesterday’s match against SRH and KKR. SRH was on the verge of losing but it was Rashid Khan who changed the game in the last 3 years.

KKR was successful in maintaining pressure in the earlier few overs. Kuldeep Yadav was bowling tightly so that Williamson and Dhawan don’t hit much. Even Karthik was of the opinion that SRH shouldn’t get even a single extra.

However, Karthik lost his cool in the 9th over. Yes, he hurled abuses at Prasidh Krishna for his erratic throw. What happened is that Shakib Al Hasan hit a single on the off-side. 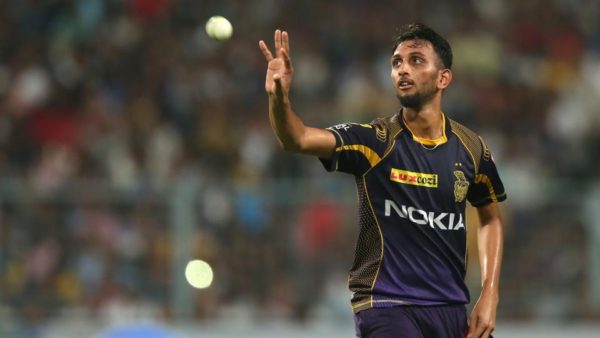 Prasidh took the ball and tried throwing at the stumps at non-striker end. Karthik told him not to do so but he didn’t listen. He threw the ball and it missed the stumps; instead SRH got one more run.
Karthik got super-angry with Prasidh and called him a “Fu**ing fool”

Here’s the video of that incident…

Damn Karthik’s got no chill. from r/Cricket

It’s not Dinesh Karthik’s mistake. Yesterday’s match was highly important for them and such things do happen under pressure. Agree?

Famous Scientific Astrologer Predicts Winner Of IPL 2018 Final. Check Which Team Has Strong Horoscope
What Rashid Khan Did With His Man Of The Match Award Has Won Our Hearts