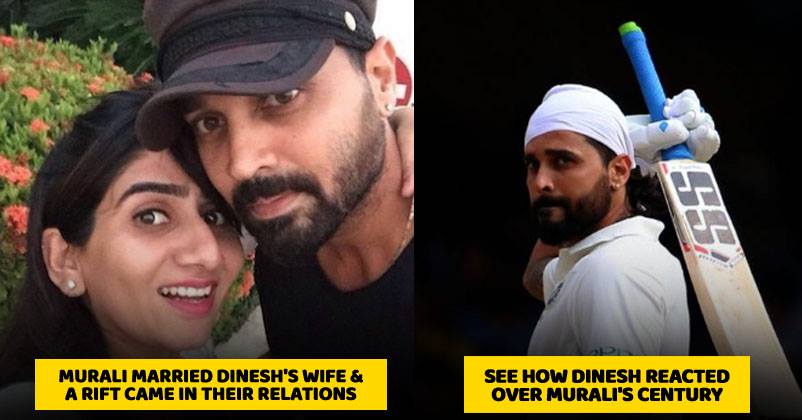 The Indian cricket team comfortably defeated Afghanistan in the one-off historic test match which was played in Bengaluru by an innings and 262 runs. The Indian batsmen didn’t face any problem from the Afghani bowlers and two Indian batsmen Shikhar Dhawan and Murali Vijay scored centuries.

Many people were focused on the reactions of Indian wicketkeeper Dinesh Karthik when Murali Vijay raised his bat after scoring the ton. 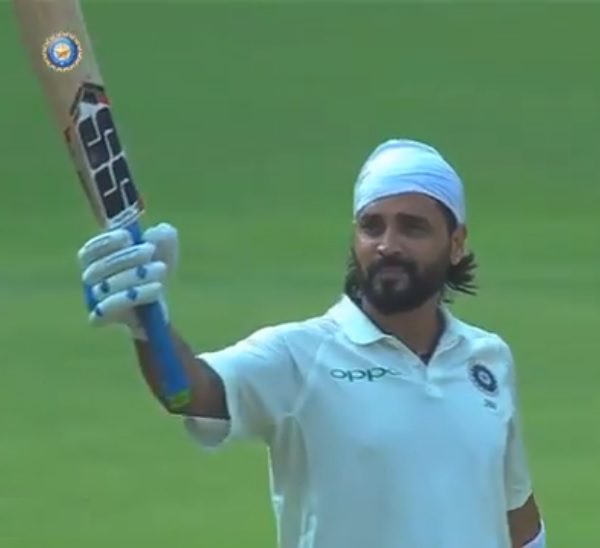 Dinesh and Murali both are from Tamil Nadu and used to be good friends at one point of time but due to some personal matters, the relationship between them got strained. Dinesh Karthik’s former wife is now married to Murali Vijay while Dinesh is now married to Indian squash player Dipika Pallikal.

When Murali raised his bat after scoring the century, Dinesh along with all the players gave a standing ovation to the batsman and it seems as if Dinesh wants to bury the past and make a new fresh start to the friendship. 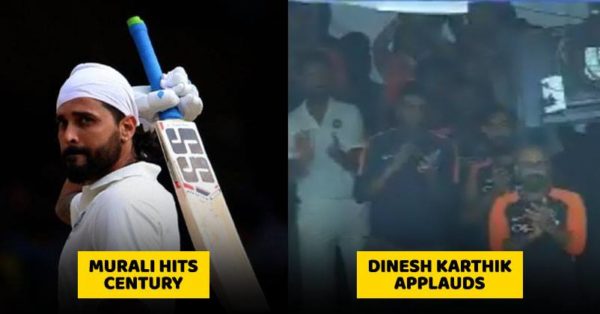 BCCI uploaded the video in which Dinesh Karthik is seen clapping for Murali. The video is shared with caption, “Calm, composed and stylish – @mvj888 gets to yet another classy ton. Top Knock! #TeamIndia #INDvAFG #TheHistoricFirst #Paytm”

It will be interesting to see whether the relation between these two cricketers gets better or not. What do you think?

Race 3 Second Day Collections Out. The Movie Is All Set To Enter 100 Crore Club On Third Day
Ronaldo Stroked His Chin Many Time To Celebrate A Goal & Twitter Has Guessed The Reason