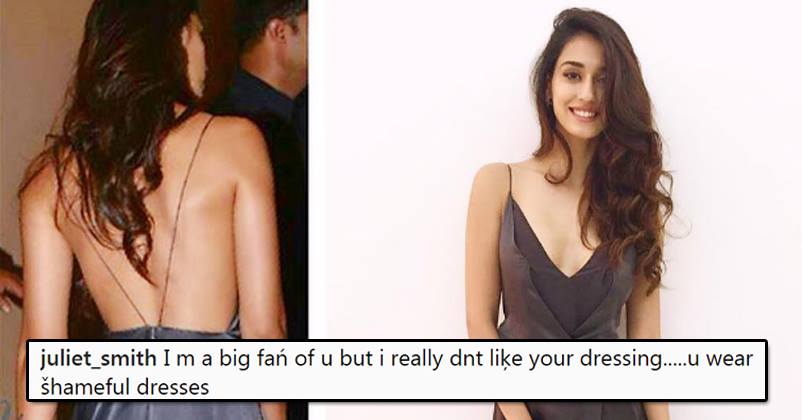 Female celebrities are being slut-shamed on social media every now and then! When will this stop? Why are people crossing all their limits? The purpose of social media has changed; earlier, it was a medium of communicating with friends and family members but now, it has become a trolling ground.

Many Bollywood beauties have become a victim of such trolling activities, the recent one being our favorite Disha Patani.

This is not the first time that Disha has come under the scanner; earlier too, she was slammed for her “Inappropriate” dressing sense, but she had given it back like a boss. This time, the actress is being compared to an “Adult” star for wearing a backless dress. She is also being criticized for adapting western culture!

The actress looks hot & beautiful in whatever she wears and such trolls are very wrong. Trollers should respect her choices, isn’t it? She can whatever she wants to and no one has the right to question her dressing. 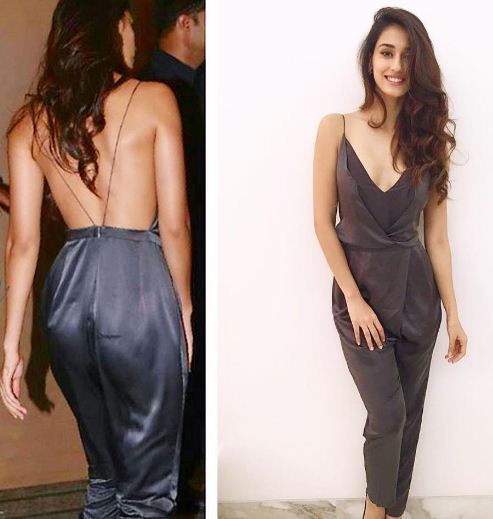 As soon as she uploaded the pic, some body shamers and sexists started pouring in their negativity. Have a look at some comments;

Twinkle Khanna Took An Indirect Dig At “Karwa Chauth”. Got Badly Trolled By Twitter
18 Bollywood Celebs Who Have The Most Unique Pet Names. Did You Know?