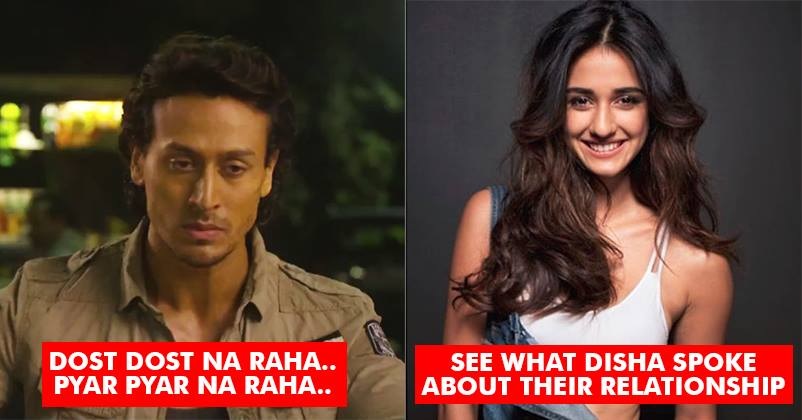 Tiger Shroff and Disha Patani are everywhere in news not just because their movie “Baaghi 2” is releasing on 30th March this year but also because they are going around denying a link-up between them and announcing themselves as “just friends”.

Tiger and Disha are rumoured to be in a relationship as they made many public appearances. It’s quite obvious that now they will be seen together for the promotional activities of “Baaghi 2” but earlier also, they have been spotted together on various events. The couple has always remained silent on this matter but recently a pic was going viral which was captioned as “Bhai Bhai” by Disha and it created a sort of confusion in the minds of their fans. 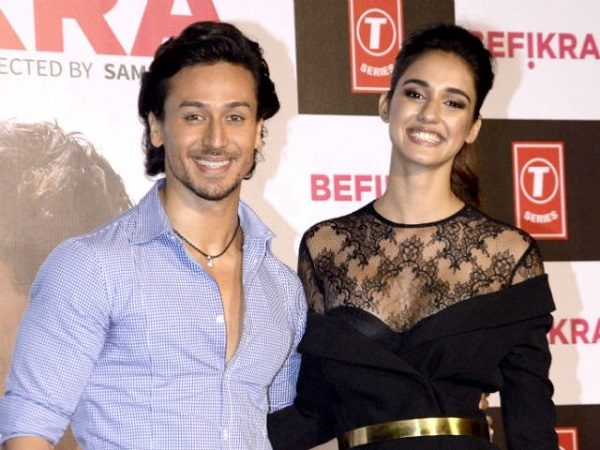 To clear this confusion, mediapersons asked Tiger about his relationship with Disha and he said that they both are just friends. Now, Disha has also reiterated the same thing, saying that they are good friends and connect well.

First of all, check out what the “Munna Michael” star had to say regarding this,

“We always go around…all the time. Going around doesn’t mean we’re dating. You do go around with friends, right? I go around with my guy friends also, which no one cares about. Besides, have Disha and I ever indulged in PDA or anything. Today, I can say that she is one of those few people who I can trust implicitly and is very open, straightforward and honest. I don’t have too many friends and I don’t open up easily with people, but she’s an exception. And all this curiosity around whether our relationship is true or not is good for our film. People are eager to see our chemistry.”

Here’s what Disha revealed during an interview about her relationship with Tiger,

“He’s my only friend in Mumbai. We both like to dance and work out. He’s a thousand times better than me at both, but we connect through them. I am hanging out with him all the time, perhaps that’s why we get spotted together everywhere. So, people probably feel that we’re in a relationship. We’re friends and there is nothing more to the story. If I hang out with another guy, probably, people will say I left Tiger for him.” 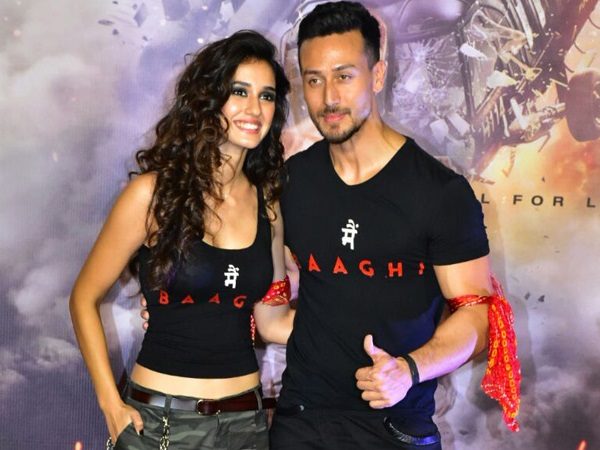 On the question of having friendship with more people in B-Town, she said,

“I don’t have friends here, as I don’t get a chance to meet people. I don’t feel like going out after all the activities I do in a day. I feel drained out and can’t keep my eyes open for an event or a party that starts at 11 pm. I’d rather invest on making myself a better artiste. Anyway, I am shy and I don’t know how to talk to people, but I am happy the way I am. As for Tiger, he’s an inspiring co-star. When we started working together, I thought it would be difficult to enact emotional scenes. I thought we would burst out laughing, but the sets of ‘Baaghi 2’ had a different sort of junoon. Tiger and I connect well and we could improvise our scenes effortlessly.”

Well, now when both Tiger and Disha made their stands clear, it will be interesting to see how their fans react over it. What do you say?

Ali Asgar Tweeted To Kapil & Wished Him Luck. Kapil Had The Most Emotional Reply
Is This Popular Actress Going To Be New Daya Bhabhi In TMKOC?