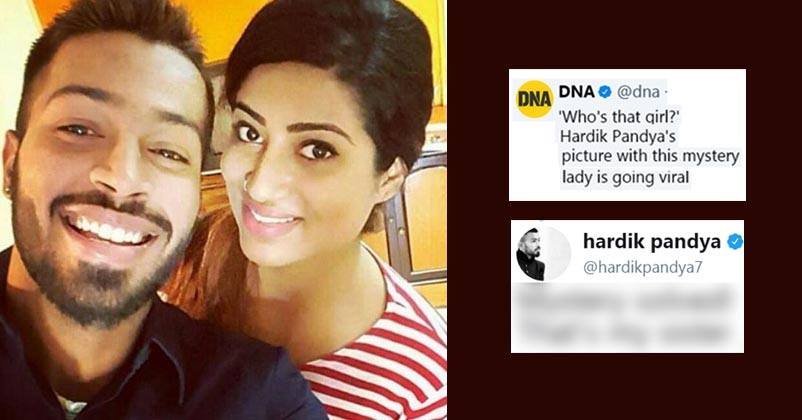 Few days ago, Indian cricketer Hardik Pandya shared a pic of himself with a girl on his Instagram account. This naturally caught attention of media persons and Pandya’s fans and everyone was curious to know who the mystery girl with Pandya in the pic is. 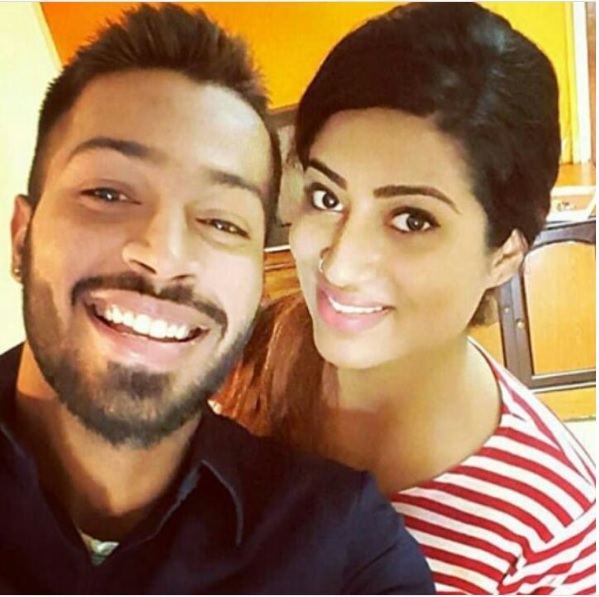 The photo went viral and some users even started calling her ‘Bhabhi’ in comments.

DNA also took to the micro-blogging site Twitter and shared this pic with caption, “‘Who’s that girl?’ Hardik Pandya’s picture with this mystery lady is going viral”

'Who's that girl?' Hardik Pandya's picture with this mystery lady is going viral https://t.co/BgrVA0fsKi pic.twitter.com/9y0dbVefIk

Before this could create more mess, Hardik Pandya himself replied and trolled DNA in an epic way! He tweeted, “Mystery solved! That’s my sister”

@dna should check the DNA of two people before coming to any conclusion.

Moral of the story:

Moral of the story, give up this kind of chomu journalism. Waste of print and webspace.

And insult to the intelligence of sports fans across the country. We expect better standards in sports journalism.

Boss, U hv hit (standard of)Indian Journalism and journalist out of d park !!! Wow …Much needed 😂😂😂 🙏

That was definitely the most amazing response to the tweet and we must say that Pandya just won the Internet!

People Criticized UP Govt For Not Including Taj Mahal In Tourism Brochure. UP Govt Responds
Here’s Why Airports Don’t Allow Passengers To Carry Water Bottles Beyond Security Check Area