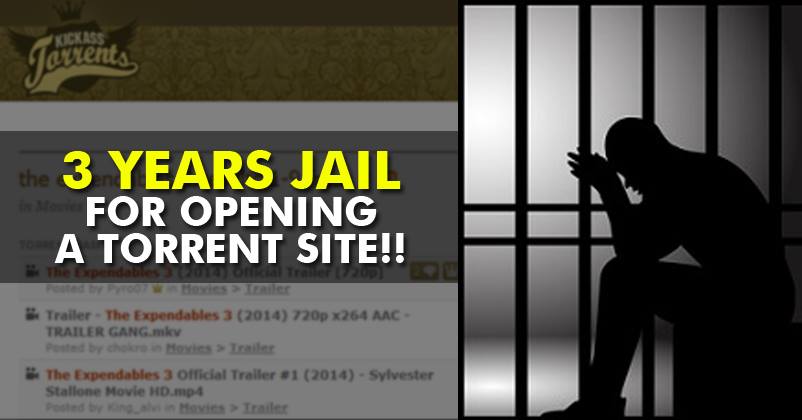 On one side this seems to be a very legitimate decision and on the other side, I see my empty wallet lying down on table. Piracy has indeed hampered and hindered the commercial success of many TV Shows and Movies. And there is no denying the fact that no matter how much we support the cause of various filmmakers against piracy and torrent sites, we would still be watching the very next show or their movie through the same torrent site. Such is the IRONY ! ! In the past 3 or 4 months, a lot of discussions have taken place where people have argued on this topic under the umbrella of Freedom of speech and expression and right to watch whatever they want, whenever they want. TRUE, but they shouldn’t miss out the fact that these movies have something called ‘COPYRIGHTS’ and the only reason why these people are able to watch that particular movie is because of the huge investments invested by various corporates and production houses. They are Businessmen, not charity people. Government of India had earlier blocked more than 131 websites which offered torrent services to it’s users. The banning of these torrent sites were initially done by blacklisting them out using DNS Filtering. This means that the DNS of those blocked websites were added to a list maintained by the ISP (Internet Service Provider) and whenever a user tried connect to such sites, the DNS servers of ISPs would block those requests. But such bans were of no use as many internet users used many VPN and proxy sites to visit these torrent sites and hence it became easy to bypass such defence mechanism. But now, after intense brainstorming or by just simple intelligent common sense, the Indian Government came up with another method of blocking these sites by bringing up the big sharks of the oceans like Airtel And TATA Communications who apparently manage a number of internet gateways in India. Things will be getting really COLD from now on! !

The message displayed on the screenshot above clearly explains that the blocking has been done at Internet Gateways which is maintained by TATA COMMUNICATIONS. Now that being said, it will be interesting to see how people will be bypassing this defence mechanism.

If you visit such a URL, you will be shown the following warning. “This URL has been blocked under the instructions of the Competent Government Authority or in compliance with the orders of a Court of competent jurisdiction. Viewing, downloading, exhibiting or duplicating an illicit copy of the contents under this URL is punishable as an offence under the laws of India, including but not limited to under Sections 63, 63-A, 65 and 65-A of the Copyright Act, 1957 which prescribe imprisonment for 3 years and also fine of upto Rs. 3,00,000/-. Any person aggrieved by any such blocking of this URL may contact at [email protected] who will, within 48 hours, provide you the details of relevant proceedings under which you can approach the relevant High Court or Authority for redressal of your grievance”

Initially, the ban was just implemented on the websites and no further warnings were given out to the users who apparently played a huge role for the piracy industry to bloom in India. But, now the Government Of India has come up hard against any user who will try to access such websites even if he or she doesn’t download anything from it. Which basically means that if anyone even visit these sites, he or she will land up in jail for 3 Years along with a fine of 3 lakhs. But the point on which we should be emphasizing is that how the whole process of prosecuting a convict will take place and how efficient can the Government be when it is already preoccupied with so many internal problems in our country. Where violence against women is not decreasing, murders and robberies are taking place in broad daylight and many children are getting kidnaped. I wish that our Government shows the same seriousness towards issues like these too. But then my conscious tells me that sadly these people are not involved in the big billion industry and hence their feelings have no influence in front of sad and dejected emotions of many filmmakers and producers. But yes, I do agree with the fact that this illegal distribution of someone’s hard work and dedication needs to stop. However, the world of Internet is made up of binary codes. 1 are the highs, 0 are the lows. Let see who will press the next button. The People or the Government ? The GAME IS ONE ! !