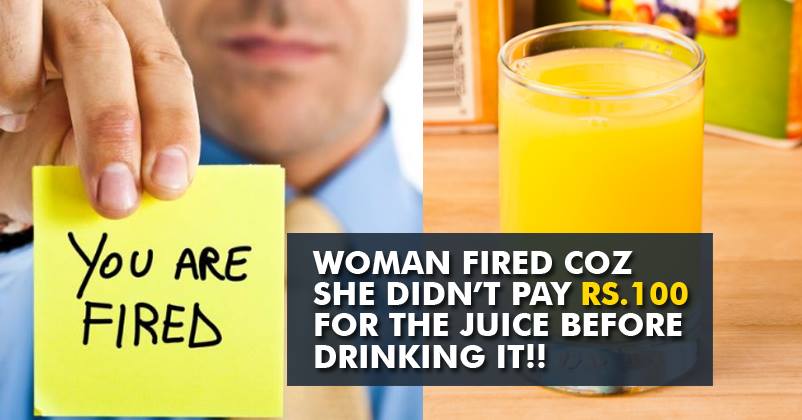 This incident is definitely an eye-opener for all the employers, especially for those who are unnecessarily strict with their employees. It’s acceptable to be strict to some extent but companies should be lenient at least with those employees who are suffering from any health problem.

The incident dates back to September 2014 when a cashier of Dollar General’s Maryville, Tennessee, who was a diabetic patient, drank orange juice worth $1.69 plus taxes as she felt that she might face a hypoglycemic attack. The thing worth mentioning here is that the employee took the juice before paying for it; however, she later paid for the same. She had already informed her supervisor that due to her medical condition, she needed to keep juice near to her workstation which the supervisor didn’t approved of; however, as per the policy of the company, permission can be given to those who are in need of it.

As per the company rules, a commodity has to be purchased before being consumed which didn’t happen in this case and when a matter regarding inventory came up, the cashier accepted her act of drinking the juice before buying it, after which the district manager of the company fired her as she violated the “grazing” policy of the organization. The employee made a complaint in this regard with Equal Employment Opportunity Commission (EEOC), and EEOC then sued Dollar General. She also became a part of the lawsuit and the jury gave its decision in her favor, ordering the company to pay $27,565 to the employee as back pay and $250,000 as compensation. EEOC is said to be very happy with this decision of the jury and undoubtedly, it would have definitely brought a smile on the face of the employee too.

This is what P. David Lopez, General Counsel, EEOC, stated,

“We are very pleased with the jury verdict. It is disappointing, however, that we continue to see cases where employers fail to train their employees on basic requirements under the ADA (American Disability Act). The Commission will continue to carry out its goal of ensuring equal opportunity in the workplace for persons with disabilities.”

Rules and regulations of the organization should be followed religiously by employees but at the same time, firms should also be lenient with employees who are facing any medical issue! What do you think about it? Let us know your views in the comments section below.

Vodafone’s Attempt To Counter Jio! Offers 10GB Of 4G Data At The Price Of 1GB
Good News! This Pub In Mumbai Is Offering Craft Beer At Just Rs 22 & We Are Serious!