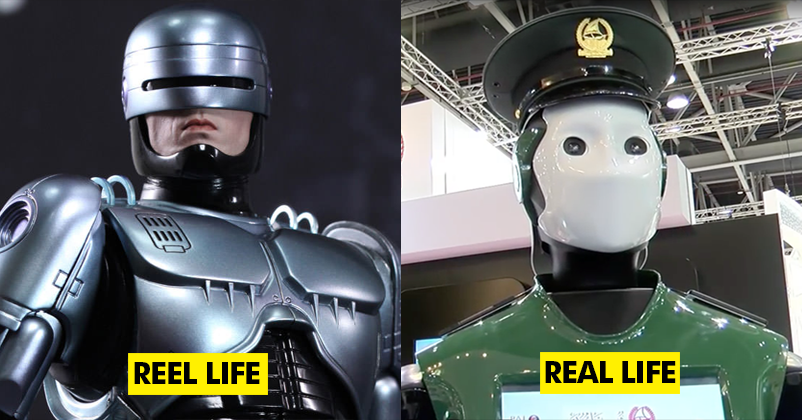 We’ve already seen Robots taking over the world in Indian & Hollywood films. In Rajnikanth’s film Robot, we saw how a human-like robot with emotions can lead to destruction. Well, in the real world too we are about to see a boon in robotics and we hope it leads to a better future. As per the reports, Robocop has really amazing features like it can tell when you are happy, sad or even smiling, and will itself work accordingly. The 5 feet tall and 100 kg robocop is able to identify hand gestures from a distance of 1.5 metres. The robocop has its special facial recognition software with the help of which it can identify offenders. With this useful tool, the robocop can also broadcast live video feeds to the police command room. This is not the end as the robocop can speak 6 languages to communicate with the public and also offer a military salute. “With an aim to assist and help people in the malls or on the streets, the robocop is the latest smart addition to the force and has been designed to help us fight crime, keep the city safe and improve happiness levels,” Last year China revealed a similar robot called “AnBot” but it had some limitations like it was not able to climb stairs or chase criminals.

Well, we can’t wait to see this cool ‘Robocop’ in India. Are you excited? Meanwhile, the Robocop has joined its duty in Dubai at GISEC event, policing its halls.

World’s Most Expensive Feature Phone Launched! Can You Guess The Price? Read To Find Out!
Tesla Tweeted Problems Regarding Electric Car Launch In India! Government Of India Gave An Epic Reply!