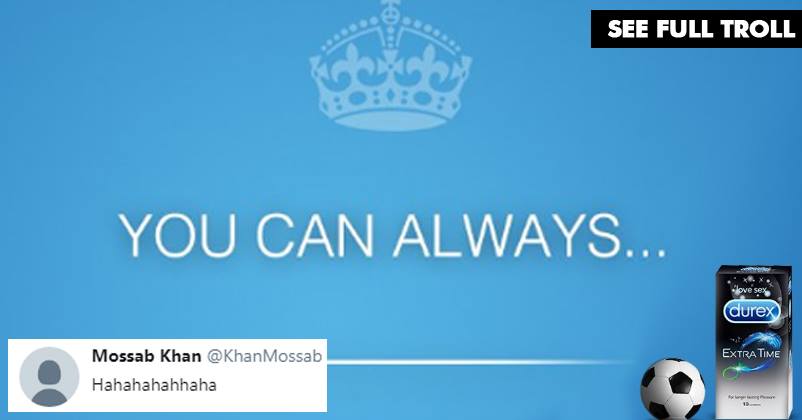 The FIFA World Cup is near to its end now as France and Croatia will clash with each other on 15th July, 2018 in finals.

Croatia has entered finals after defeating England in semi-finals by 2-1 and it was a quite big surprise for England. Earlier when England defeated Sweden and entered semi-finals, the England fans were completely sure that this time the cup would come home.

There was a sense of belief among the England fans, followers, former players and sports analysts that England would easily defeat Croatia in semi-finals. However, the result of semi-finals surprised everyone as Croatia defeated England by 2-1 and made its way to finals. A number of memes flooded on social media regarding “it’s coming home”.

A contraceptive brand Durex also took this opportunity to troll England by sharing a poster on social media in which it took a dig at “it’s coming home” by stating “you can always… come home, come late”. 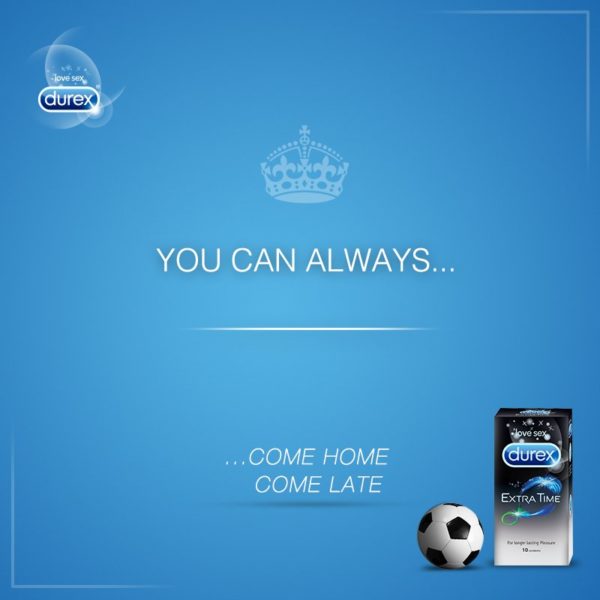 It was posted on Twitter by the official handle of Durex India with caption, “Never mind lads. #CROENG” and since then, it has been getting viral.

Well, one has to accept that England played well but they shouldn’t have taken Croatia lightly in semi-finals and now there are many who are trolling David and England.

Spot on david your team is coming home.😂😂😂👍

Too much wine David lol

How did you find Durex’s style of trolling?