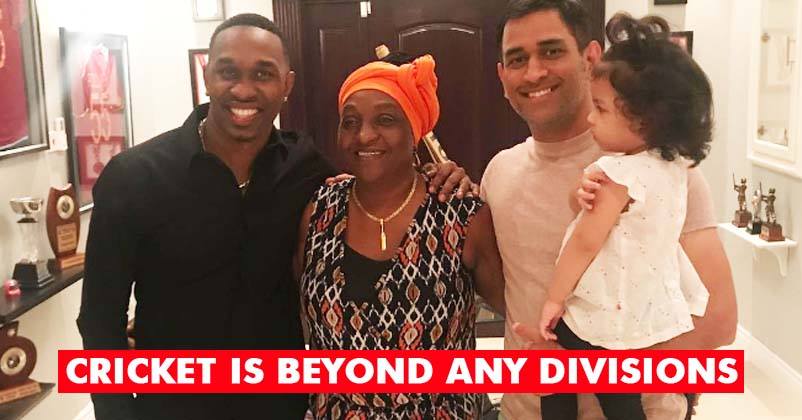 Team India is having a great time in West Indies. After enjoying a glorious victory against the host team in which they scored big 310 runs in 43 overs, they were invited for a dinner at Dwayne Bravo’s house.

Dwayne Bravo who has been inactive in cricket for quite some time due to problems with the West Indies cricket board was super happy to have our cricket stars in his house. He took to Instagram to share his happiness and photos with Virat, Dhoni and others. Last night at my home my brothers from team india ?? having a chill night @virat.kohli @shikhardofficial @ajinkyarahane #champion Players on both sides have been very friendly with each other ever since they started playing IPL matches together. They have been often seen celebrating together at several events since then.

West Indies Batsman Chris Gayle has been really vocal about his love for India and the compassion he has received from Indians.

Well, it’s really cool to see the friendship between players who are actually opponents. Wonder how better this world can be if the fans also start believing in mutual love and admiration.

Yuvraj Singh Wrong Jersey During The Match Against West Indies! Gets Brutally Trolled By Twitterati
People Were Curious To Know Why Mithali Read A Book Before Going To Bat. Finally She Answered