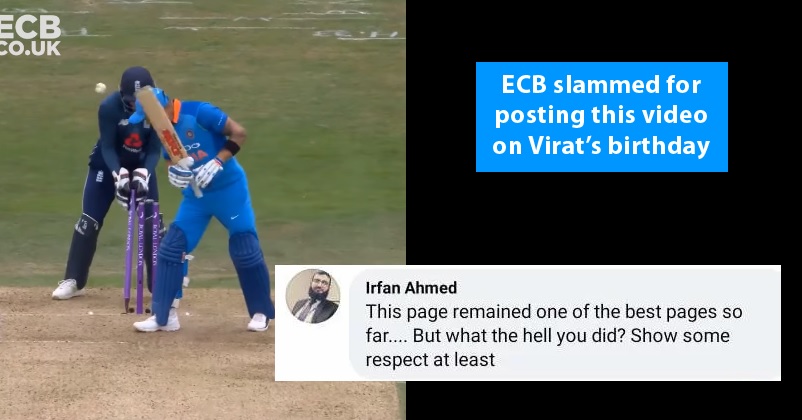 Virat Kohli is undoubtedly one of the best cricketers of the present times and enjoys a global fan following for obvious reasons. Not just his fans but many people from the cricket fraternity all around the world consider the Indian cricket team skipper as the GOAT (Greatest Of All Times) and he is truly the one beyond any doubt!

Virat Kohli who is presently in UAE leading his team Royal Challengers Bangalore (RCB) in the IPL 2020 turned 32 on 5th November 2020. Social media networks were flooded with birthday wishes for one of the most followed sportspersons of the world. While everyone was talking about the charisma, fitness, sportsman spirit, etc. of Virat Kohli, the England and Wales Cricket Board (ECB) decided to wish the legend in a rather unusual way.

ECB took to Facebook and posted a video in which Virat got out to English spinner Adil Rashid during an ODI which was played between both the teams. Kohli was not able to read the ball properly and the ball hit the outside edge of his stumps, the Indian skipper stood there for some moment in a perplexed state before walking towards pavilion.

The caption that ECB wrote while sharing the video read, “Kohli bowled by Rashid with one of the balls of the century. Happy birthday Virat Kohli 😜”

The video and ECB’s way of wishing the legendary cricketer didn’t go well with Virat’s fans. Soon the cricket lovers started slamming ECB for being sarcastic as there was no need for it. Netizens felt that ECB could have behaved in a more dignified and mature manner while wishing a talented cricketer on his special day. Check out some of the selected reactions: 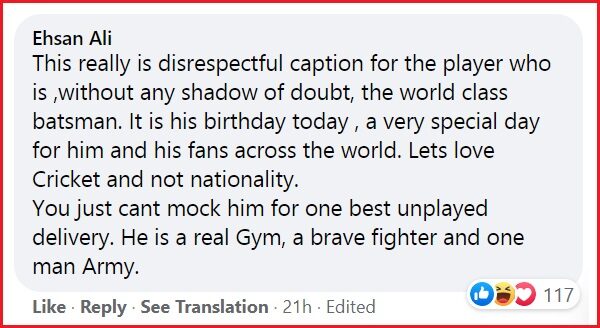 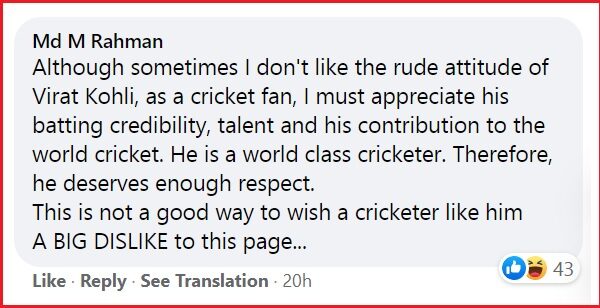 As of now, Virat Kohli must be hoping to win the IPL 2020 as his team is already in the play-offs and today RCB is going to face SRH in the eliminator. Virat has been slammed many times for not being able to make RCB win the IPL trophy even once as he has been associated with the team since the inaugural edition of 2008 and since 2013, he has been leading the Bangalore franchise.

After the IPL 2020, Virat Kohli will lead India in the Australian tour in which India will play 4 test matches, 3 ODIs and 3 T20Is. Do you think RCB will take the IPL trophy home this year?