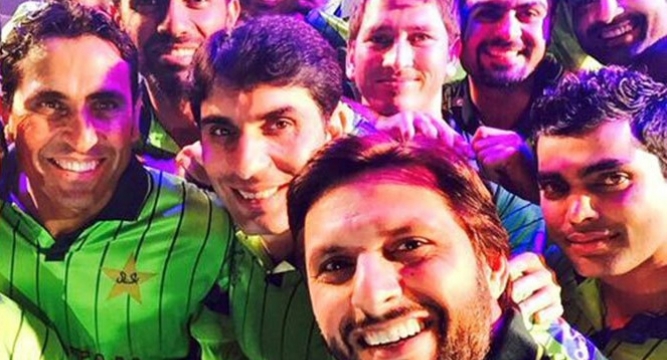 Eight Pakistani cricket players including former captain Shahid Afridi have been fined for breaching a team curfew ahead of their crucial World Cup game against India, sources said on Thursday.

This incident happened in Sydney where Pakistan team is currently staying. Team management said that players reached 45 minutes late to their hostel after having the dinner with friends. Eight players were imposed a fine of 300 AUD each for breaking the rule just before their crucial game against India.

Pakistan team management refused to comment on this incident but it has been said to media that if Pakistani players found to do the same mistake again in future then it might be an end of tournament for them. Pakistan team management said that we want discipline in our players and this kind of delay will distract them for their upcoming match against India. The players are understood to have apologized and have promised not to repeat the offence in future.

Pakistan has been in really good form because they were able to win their warm up matches against England & Bangladesh quite easily. They are all set to play against India in one of the biggest encounter on 15th Feb. India has not been in their good form and Pakistan management thinks that this is the best time to win first ever world cup match against India.

What do you think will this fine discourage the Pakistani players just before the big match against India? Share your views in comments section below