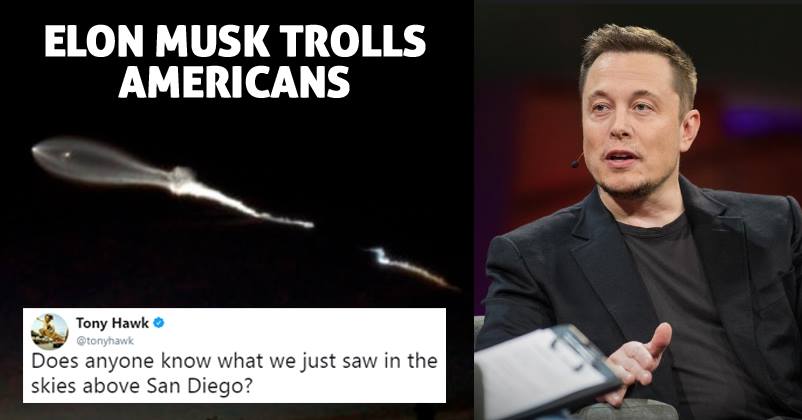 Sometimes there is a big difference between what we presume and what the reality is. Something similar happened when on Friday night, SpaceX, the space exploration company of Elon Musk, launched its Falcon Heavy rocket. It gave the shock of lifetime to many citizens as they felt that they have seen UFO. It is said that around 130 calls were made to 911 only from Los Angeles County. 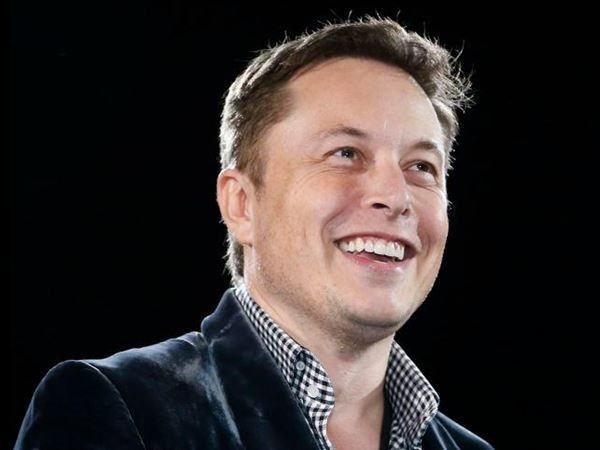 Elon Musk also used this opportunity to play a joke on Twitter as he tweeted, “Nuclear alien UFO from North Korea”. 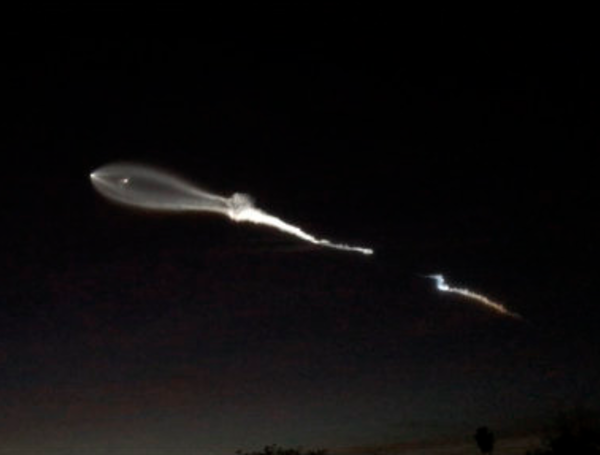 Elon tweeted, “Falcon Heavy launching from same @NASA pad as the Saturn V Apollo 11 moon rocket. It was 50% higher thrust with five F-1 engines at 7.5M lb-F. I love that rocket so much.”

Falcon Heavy launching from same @NASA pad as the Saturn V Apollo 11 moon rocket. It was 50% higher thrust with five F-1 engines at 7.5M lb-F. I love that rocket so much.

During the lift-off, the maximum thrust was 5.1 million pounds or 2300 metric tons.

A Twitter user enjoyed the alien debate that took among his family members. Thanking Elon Musk, he tweeted, “Big thanks to @elonmusk and @SpaceX for the hilarious alien debate that ensued between my family once we saw your rocket in the sky tonight”.

However, Elon used this as a chance to have some fun and he tweeted, “It was definitely aliens.”

It was definitely aliens

For some it was a space sperm while one person joked, “It’s just Elon trying on the new Iron Man suit.”

Literally hoped I was seeing a space sperm pic.twitter.com/MxwPx8kxQ3

In fact, one of the most popular shows, X-Files also tweeted, “We’re sending our top people to investigate the aliens.”

Here are some other tweets:

That was scary! When I saw it I immediately wondered, “What did @realDonaldTrump do now?”.
It’s not often you see Rockets over LA. #ominous

Ok this was me @TommyPx3 @levarburton @SpaceX @IridiumComm hoping the aliens were really on their way! pic.twitter.com/UCWXI9G2SI

There is absolutely an alien worm hole that just opened up over LA. I am fine with this. Welcomed. Hope the M.I.B don’t show up to tell me it’s a weather ballon or some lie. THIS IS ALIEN! pic.twitter.com/ywSt1Exf5D

Does anyone know what we just saw in the skies above San Diego? pic.twitter.com/EFNBh87Hc8

What would have been your reaction after watching the Falcon Heavy in sky? Do let us know.

Sun Might Destroy Earth In The Coming Years But You Don’t Need To Get Panic. Here’s Why
Lalu Yadav Compared Himself To Baba Saheb Ambedkar & Mandela. Here’s What He Wrote In 11 Tweets