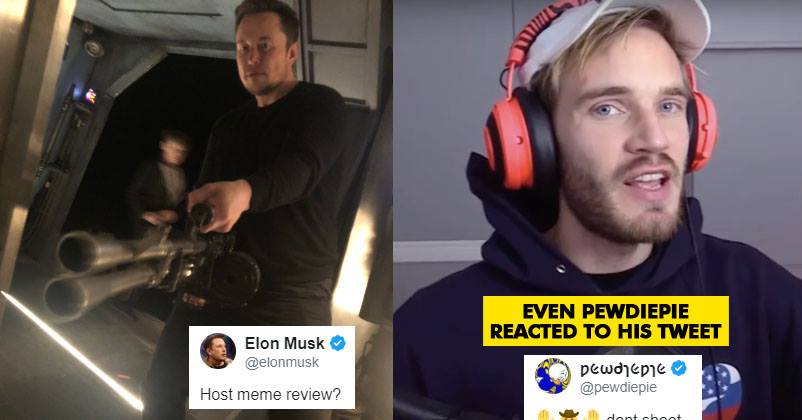 Recently, Elon Musk, whom we all know quite well, the CEO of Tesla Motors, was seen on twitter requesting PewDiePie, the twitter king to give a part on the famous Meme Review Show.

Yes, you read that right. Elon Musk is suddenly very interested to be a part of the Meme Review Show. He posted this request in the most hilarious way. Check out the tweet.

PewDiePie gave the most funny reply though, hinting at a near possibility of them collaborating soon.Elon may host the show. Check his reply tweet.

So, this won’t be the first time when some famous people will be appearing on the show. But people are actually waiting for his appearance eagerly. See how they reacted to this collaboration.

I triple dog dare you to host meme review.

What a time to be alive!

OMG he is totally on Hank Scorpio mode! pic.twitter.com/3v3pSebasG

for while, he’s totally on Hank Scorpio mode. I can’t wait for the dr. Evil one.

So, what is your reaction to this collaboration?

Continue Reading
You may also like...
Related Topics:Elon Musk

Virat Kohli Talks About Anushka Sharma, Reveals Secret Of Their Happy Married Life
Ranveer Singh Did It Again, Wore A Cheetah-Print Outfit At An Event & Got Trolled Badly