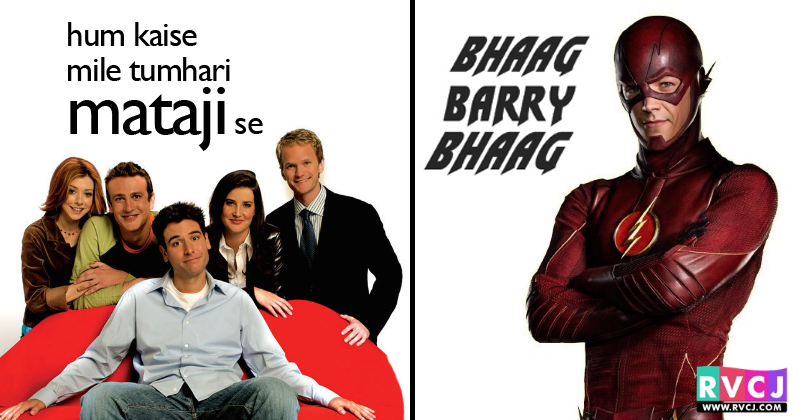 I am sure you’re one of those people who are tired and fed up of the Indian daily soaps. I mean seriously, it’s a torture in the name of entertainment. No wonder why most of the youth are into English TV shows. There in no comparison between the English TV shows and our Indian serials. A season spanning over 1000 episodes, where does it happen? Only in India! Incredible India. Some old formula of taking up a love story or a family drama, filled up with a plot that makes absolutely no sense at all. Using the slow motion sequences, dramatizing small things to waste your time. The worst part about these shows are they consider their viewers’ IQ to be zero, senseless plots, loud acting, unnecessary music effects, unrealistic characters, excessive melodrama stupid scenes, and yeah their bad habit of needless cliffhangers.

The youth loathe these TV shows, their love is English TV series like Game of Thrones, Breaking Bad. The memorable characters of FRIENDS, the brilliant plot and story development of Game of Thrones, the visually stunning and beautiful Hannibal. We have all the reasons to put these shows superior to the Indian hot garbage we’re served in the name of television.

So let’s take a look at 10 English TV shows and how they would be like, if they were made in India.

A boy whose mother got murdered in front of him and his dad sentenced for the murder he never committed. The girl he loves also friendzones him. This is a sad story. Hand over the idea to Ekta Kapoor and she’ll create a show that will top all the TRP charts. Forget Naagin and all the stupid horror shows, Supernatural is going to take over. After watching this show, people in India won’t fear ghosts, but will search for them and hunt them. 3. How I Met Your Mother

Who can tell a love story better than our Indian TV serials! They’ll make the show epic by adding few extra characters like every main protagonist’s parents. Ted’s parents deciding the best girl for him. The apocalyptic world overrun by the flesh-eating zombies. Now the Saas-Bahu and the family must fight together to survive. Let’s not ruin this masterpiece. Because CID was too dumb This show has all the ingredients to be a hit. It has family, love, romance, war, politics, revenge, death. Although they have to change the ‘incest part’ and a lot more things..with less brutality and more sanskars. Forget Sanjeev kapoor, we bring to you the most charismatic psychiatrist and devilish Serial Killer, and a great chef Hannibal Lecter. He’s the guy who teaches at school and sweeps the floors. KRK Thrashed Mohenjo Daro Left & Right! You’ll Be In 2 Minds After Reading This!
Twinkle Khanna Can’t Stop Being Funny On Twitter! This Time Her Target Is Hrithik Roshan!