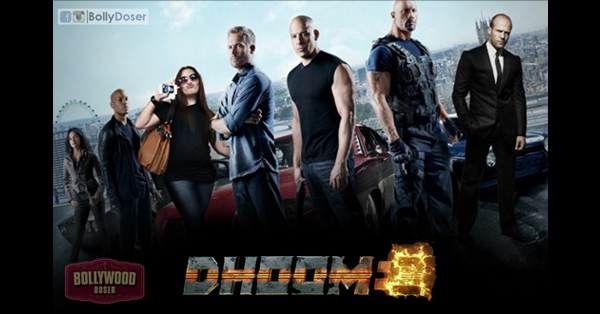 What is the common thing between Dhoom 3 & Fast & Furious 7? Both movies rocked at the Box Office. Both movies broke many records & both movies have used heavy use of technology in it. But ever thought what happens if fast & furious was made in India or what if Hollywood stars acted in Dhoom Series? What would the collections be like? Record will be nothing less than an Explosion for sure.
Today we bought you a super hilarious video, which shows you what happens when both these epic movies are Combined. What happens when Trailer of Fast & Furious 7 is fused with trailer of Dhoom 3. This super awesome video by BOLLYWOOD DOSER is by far the best thing you’ll watch on the internet today. This is fun to watch 😀 So belt-up and watch the video here: