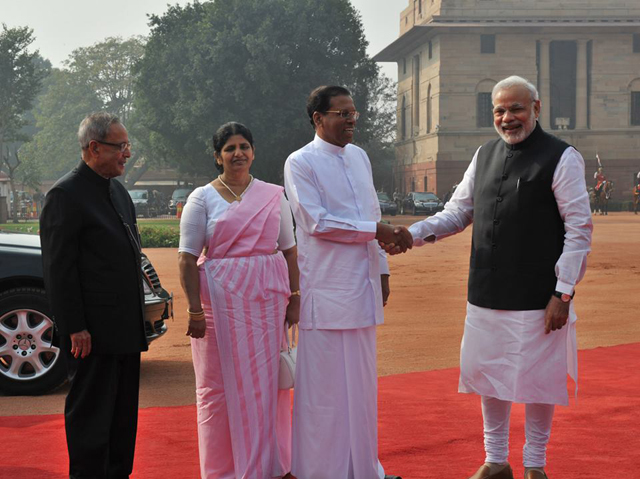 Undoubtedly, Prime Minister Narendra Modi is making a huge effort for determining his image as an international spokesman. Now this naturally indicates numerous visits of foreign presidents. Recently, SL President Maithripala Sirisena paid a visit to India with his wife. As many politicians do, Narendra Modi also sometimes makes use of a teleprompter in the course of a speech.

The incident happened on Monday when everything turned out as expected and successful till the PM appeared to be on the stage. Subsequent to be thankful to Maithripala Sirisena, Modi went on giving thanks not to ‘Mrs. Sirisena’ but ‘M.R.S. Sirisena’, which was obviously misread on his part. But it made us all recall the Doordarshan news anchor who got fired on account of the same mistake and read the name of the President of China Xi Jinping as ‘Eleven’ Jinping.

However, talking of the SL President’s visit, it seemed to be a positive one and both the countries showed traces of understanding in terms of nuclear deal.

Prime Minister Modi’s suit gets the bid of Rs 1.21 crore by Rajesh Juneja, a businessman of Surat
KRK Does It Again! And This Time It’s Yuvi!