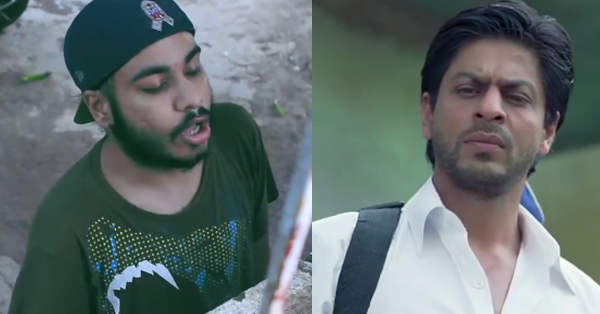 How many of you remember the most emotional scene from the movie Chak De India where after the allegations of fixing up the match with Pakistan and lead India to lose the Hockey Finals, SRK aka Kabir Khan decides to move out of his locality as they treat him like a Traitor. And in the end when Kabir Khan led Women’s Hockey Team to win the title and he returns back to the same locality and same house. Touching Scenes Right? But What if I say you from today after watching this epic spoof of made by Jizzy & Veerji from Screen Patti, you are going to laugh every time you watch both those scenes in the movie.
This video is so well edited that this looks part of the same movie 😀 Watch the epic spoof here:

These Two Guys Were Harrassing A Girl On Bus Stop. What Happened Next Is Gold
10 Bhabhiji Ghar Pe Hai Jokes That Will Make Your Day