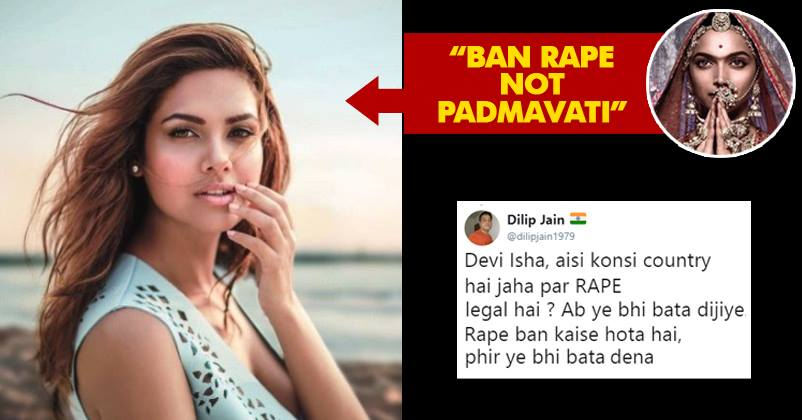 Troubles don’t seem to end soon for Sanjay Leela Bhansali’s “Padmavati” and nothing is known about its date of release as of now. 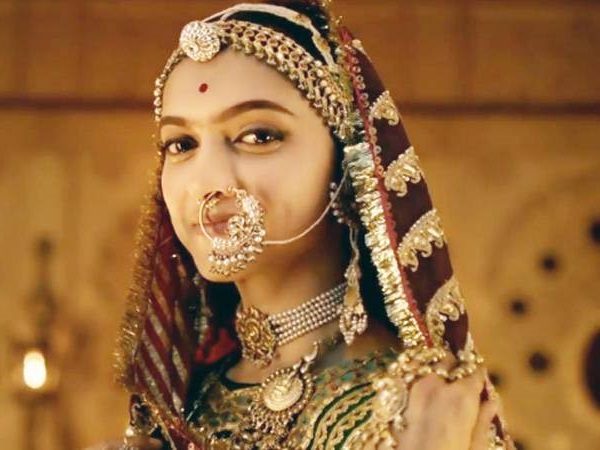 There are many Rajput groups which are protesting against the movie and also demanding a complete ban on it. The members of these groups are under the impression that there is a dreamy romantic sequence between Allahuddin Khilji and Rani Padmavati in the flick.

During the shooting, the sets of the movie were vandalised and Bhansali was manhandled too. As the time of release came near, the intensity of the protests also increased and prize money was announced for beheading Deepika and Sanjay.

The film fraternity has come out in support of the makers and actress Esha Gupta is one of them. She told Indian Express, 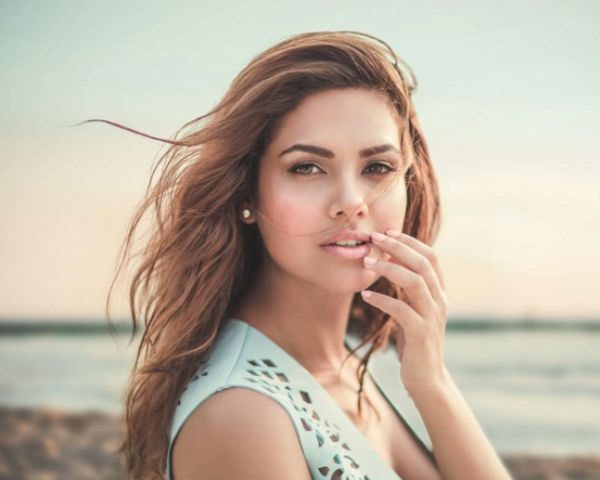 “In India, right now no one says, ‘We will ban this or that,’ when rape happens but a film is getting so much mileage because even these people know that they will get mileage out of a movie but not out of a rape that happens. They don’t think rape is that important. They should focus on actual social issues.”

Twitterati didn’t take this statement in a good spirit and preached Esha that rapes are already illegal in India so there is no need to impose a ban on rapes. Here are few selected tweets:

Use your brain, it’s not banned:

Omg!! So she thinks rapes are being directed and produced to feature on a big screen. Again an insignificant comparison.

Someone please educate her:

Someone pls educate that dumb bollytard that rape is ILLEGAL. We have specific laws to punish rapists. So where's the question of banning something that's already illegal. 🤦‍♂️

It isn’t approved by the Censor Board:

A jibe at film actors:

Didi… It's already a criminal offense, not just in India but in whole world. Read IPC 375 and IPC 376(if you can read) https://t.co/YiC5eEFDOj

How does the Hindi movie industry consistently throw up such super intelligent people? https://t.co/BcLybpWBdT

Esha is not the one to tolerate haters and she gave it back to them in an epic way. Replying to a Twitter user, she wrote, “I think see the video aunty. I didnot say “ban rape”, I said why doesn’t anyone raise a voice when a woman is stripped of her existence.But people like you are infact blaming the actress of the film. Why is she being targeted? But it’s ok, get ur 2 mins of fame aunty.”

I think see the video aunty. I didnot say “ban rape”, I said why doesn’t anyone raise a voice when a woman is stripped of her existence.But people like you are infact blaming the actress of the film. Why is she being targeted? But it’s ok, get ur 2 mins of fame aunty. https://t.co/uGO8aaEVuK

You nailed it Esha! We hope that people will now completely analyse the matter before commenting.