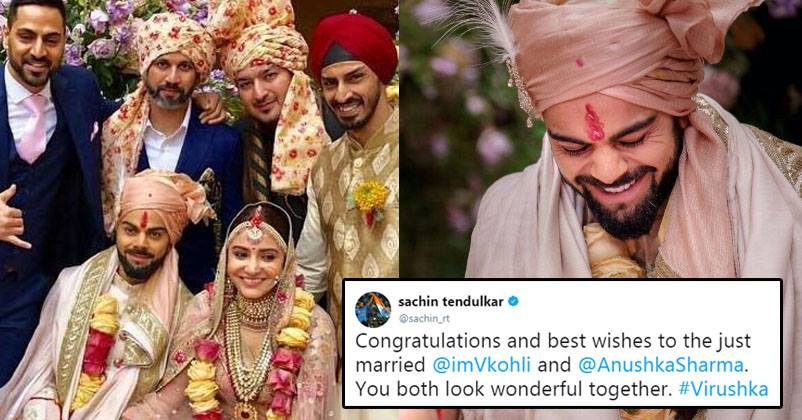 The fans of Virat and Anushka are not able to contain their happiness after the news of their marriage got confirmed. 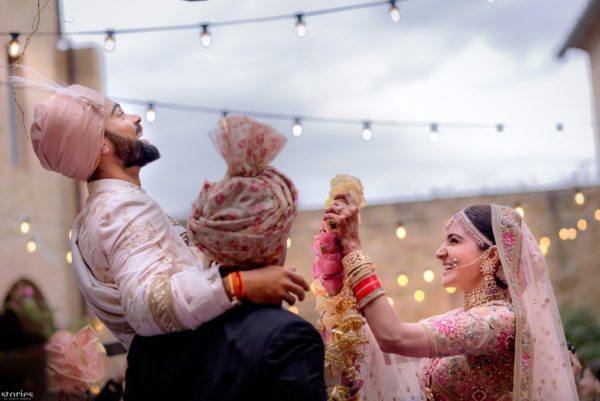 The beautiful couple chose Italy as their wedding destination and the leaked pics of their marriage and other functions have given us a glimpse of how marvelous they both were looking in their designer outfits. 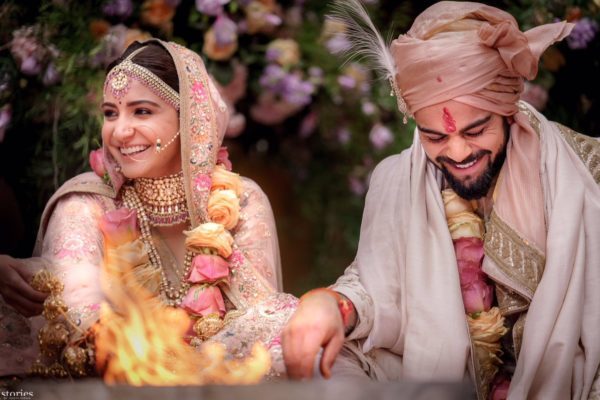 The couple got married in a luxurious resort in Italy and despite the fact that they tied knot far from the country, it was still a big fat Indian wedding. 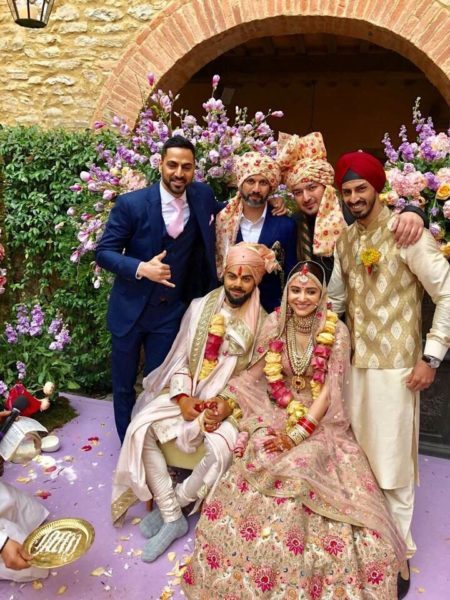 They will throw a grand reception in New Delhi on 21st December for family and friends and it is also being said that they will give another reception on 26th December in Mumbai for especially Bollywood celebs.

Many celebs from the sports world and film fraternity took to Twitter to congratulate them. Here are some selected tweets:

Congratulations and best wishes to the just married @imVkohli and @AnushkaSharma. You both look wonderful together. #Virushka pic.twitter.com/DqcQN7GrpC

Congratulations Virat Kohli and Anushka Sharma . May you have a blissful life together. #VirushkaWEDDING pic.twitter.com/U6BbAaC5SE

There’s no better union than the union of love! Congrats @imVkohli and @AnushkaSharma
Wish you both a very happy married life! So happy for you guys! 😊 pic.twitter.com/g8VsF2MSEI

Wish @imVkohli and @AnushkaSharma the very best in life together. You have been fantastic for each other and may it always be that way.

Congratulations @imVkohli @AnushkaSharma on your wedding. May God Bless you two and give you happiness and a rewarding married life.

Best wishes to both of you on your wedding @imVkohli & @AnushkaSharma. Wishing you a life filled with all the blessings and joys of life.

Virat & Anushka .. wishes and blessings on this most auspicious day in your lives .. 🌹🌷🌺happiness and togetherness ever .. https://t.co/0VEpck9yWq

. @AnushkaSharma @imVkohli heartiest congratulations to you both and to your families. Best wishes always. https://t.co/R2EWEgm16u

Congratulations @imVkohli and @AnushkaSharma. Wish you all the happiness on your beautiful journey together. https://t.co/Z4PZsoIK2M

Congratulations to the newly weds!! @AnushkaSharma & @imVkohli wishing you a lifetime of love, happiness & togetherness!! https://t.co/XGIhs49EYq

So wonderful. Many congratulations to both the families. https://t.co/YfXuIyxXd6

Congratulations to you and Virat…May you be blessed with a joyous and blissful Married life..🎂

From now onwards @imVkohli will happily be the vice captain at home … hail the new captain @AnushkaSharma …. once again wish you a happy married life. pic.twitter.com/F6Eg5wFbtd

Many congratulations to @AnushkaSharma and @imVkohli on their wedding. God bless and welcome to the club!

Huge congratulations and tons of love to @AnushkaSharma and @imVkohli ….beautiful couple and I wish them and their loved ones the best years ahead ❤️ pic.twitter.com/cI2PCrom38

So happy for you both !! Wishing you a lifetime of joy togetherness love ❤️❤❤@imVkohli @AnushkaSharma https://t.co/DKPj9TiXao

What a catch @imVkohli … and what a shot @AnushkaSharma … happiness , always! 😍 https://t.co/Nbwk8Ivg9D

Congrats guys. Wish you marital bliss, peace and may you continue to smash goals in the face, like @imVkohli smashes tidy 6s. Love. ❤️ https://t.co/6ZlwVDzGAr

Since the beginning of December, the speculations were rife that they are getting married by the mid of December but the couple remained silent on this matter. In fact, spokesperson of Anushka denied the news of their marriage but media got suspicious when Anushka’s family was spotted at the airport with bulky luggage. The news of their neighbours getting invitation cards further fuelled the speculations and it was almost certain that they will be getting married between December 12 and 15.

There is also news that Virat and Anushka will sell their wedding pics for charity purposes.

Congratulations Virushka! We wish you both a happy married life and a great future ahead!

Troubles In Virat & Anushka’s Marriage? This Is What The Astrologer Predicts About Them
Bigg Boss 11: Karan Patel Took A Dig At Hina Khan Over “Chalu” Comment In 2 Sarcastic Tweets