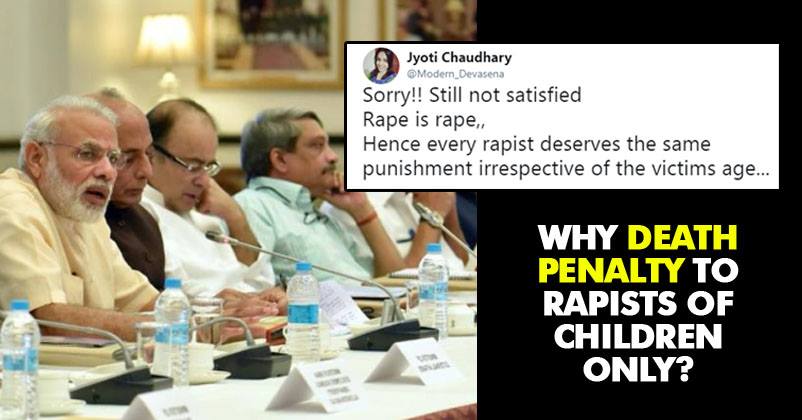 There is no denying the fact that India needs tougher laws to tackle crimes such as rape and the trials should also take place in fast track manner.

It seems that central government has made up mind to make some amendments in the law as they have approved an ordinance that provides for death penalty for the accused if found guilty of raping a minor up to 12 yrs of age. 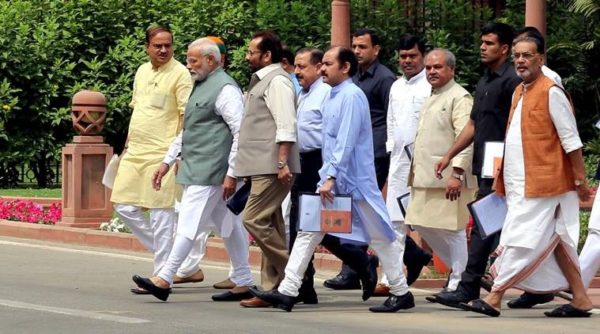 Twitter is happy with this ordinance and here’s how people reacted:

Kudos to PM @narendramodi for approving the Ordinance to amend the POCSO Act which will result in #DeathForChildRapists.

Death For Child Rapists
ordinance passed by central gov
Great job appreciated 👌🏻👏🏻🙏… Slaughtering them like chicken with an option of jhatka or halal would be more remarkable but.. Democracy….🇮🇳#BJP4Nation #DeathForChildRapists #DeathForRapists

However, some people are raising questions as to why there is difference in punishments for raping a minor and an adult while the pain and agony are the same in both the cases.

#DeathForChildRapists
Sorry!! Still not satisfied
Rape is rape,,
Hence every rapist deserves the same punishment irrespective of the victims age…

It’s a start nt the end..what about girls nd women above age of 12??..what about young women being raped?? How can punishment be distinguished by age or no? The voices wont stop ✋️ demand for death penalty for rapists #DeathForChildRapists

Not only Child for every rapist!

No matter he is a celebrity or a common man!

No matter he is a Hindu or a Muslim!

No matter he is a teenage or an adult!

So, punishment should be equal for all!

Who came out with this random number? What about a child who is a month older than 12? Trauma is the same for any child. The law should cover all children whose age will be under and equal to one in school system(+2), at the least. @PMOIndia @narendramodi #DeathForChildRapists

#DeathForChildRapists approved but still #बेटी_मांगे_इंसाफ !
This rule is required against all the Rapists, bcz Justice is the right of every women in India including girls below 12 years.
We want #DeathForAllRapists.

A Twitter user tried to answer these questions in a pretty good manner. Here’s what he tweeted,

There are chances that adult girls might tell a lie out of one-sided love or infatuation but a girl of 12 would rarely lie about her rape.

I would definitely say that rapists of adult girls should also be given death penalty but only if their crime is proved otherwise few people can misuse this law and it will be injustice to some innocent people.” 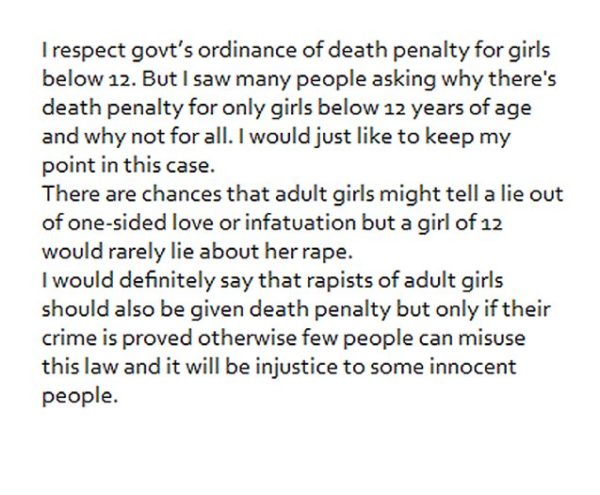 Government Declares Death Penalty For Those Who Rape Children. Faith In Law Restored
Kathua Girl Was Not Raped Before Murder? Here’s The Truth Behind This Viral News