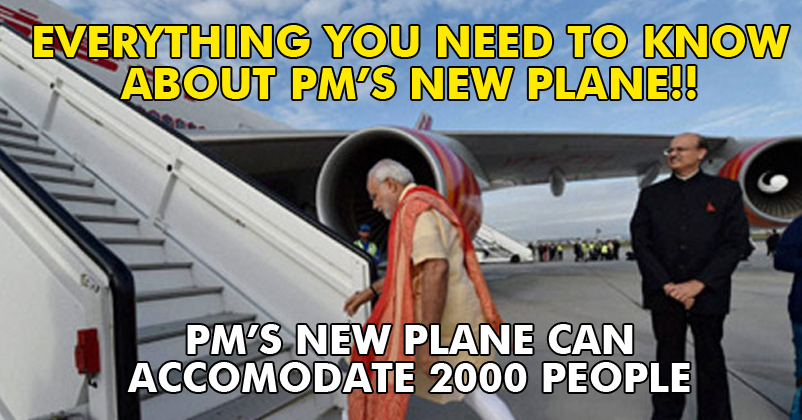 Air India One is the official aircraft of Prime Minister and the President of India. There are 3 such aircraft presently. These are operated as VIP flights by Indian Air Force (IAF) which are maintained and run by India’s national airline – Air India.

The present Air India One is the old model ageing Boeing 747 variant and has fewer protection systems. PM Modi who is a constant traveller and who holds meetings while flying needs to have some extra bit of protection. So, the Defence Minister Manohar Parrikar is all set to finalise the deal for 2 new Boeing 777-300s which are the advanced type of aircraft with the latest technology built-in. The new Boeing 777-300 will be renamed as Air India One and it looks much similar to that of US President Barack Obama’s Air Force One. The aircraft can dodge an enemy radar and can also strike back in case of an air attack because it is made up of a special radar-absorbing metal – said Prashant Dixit, a defence analyst. Following are the specifications of Modi’s new Air India One: Continue Reading
You may also like...
Related Topics:Air India One, Boeing 777-300, Can Dodge a Missle, Can withstand a rocket attack., Everything You Should Know About PM Modi's New Air India One.!!

OMG ! ! Reasons Why African Countries Are Poor, Despite Having International Help
If You Want To Have Junk Food, You Will Have To Pay 14.5 % Tax On The Same! Check Out!