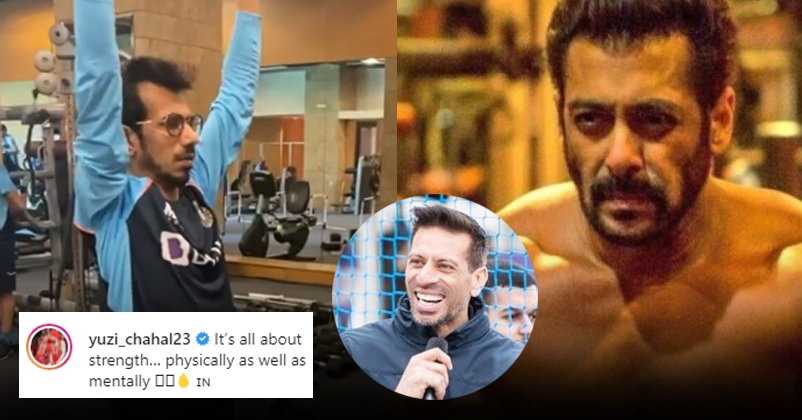 The Indian spinner Yuzvendra Chahal is certainly a witty guy who likes to have fun whether he is on-the-field or off-the-field. Yuzi is not among the wickets in the recent past and he also failed to find a place in the Indian test squad for the World Test Championship final match which has been won by the New Zealand after defeating India by 8 wickets at Rose Bowl, Southampton. However, the good thing is that Chahal has been selected in the Indian squad which will be playing limited overs cricket in Sri Lanka as the Indian tour to Sri Lanka starts from July 13. 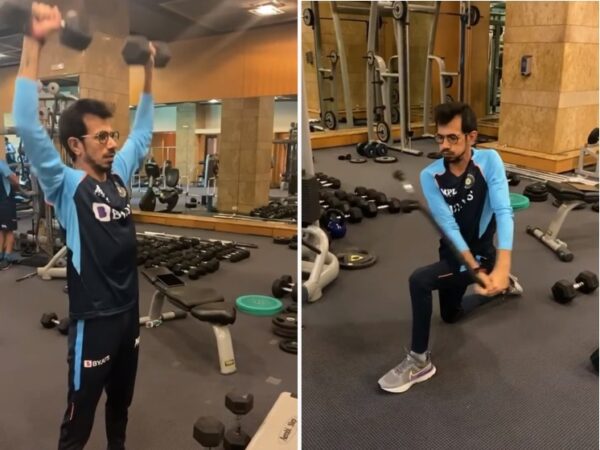 Presently, the Indian squad for Sri Lanka is in Mumbai and serving their quarantine. The selectors have chosen Shikhar Dhawan to lead the team as Virat Kohli and other senior members are in England where they will be playing 5-match test series against England. Indian pacer Bhuvneshwar Kumar will be Dhawan’s deputy and Rahul Dravid has been appointed as the head coach of this 20-member squad. All the players are working out hard indoors at the moment in order to keep themselves fit so that they can utilize the opportunity to the maximum.

Yuzvendra Chahal is also working out and recently he shared a video on his Instagram account with the caption, “It’s all about strength… physically as well as mentally”.

Many fans of Yuzi commented on his video but Sajid Mahmood, the former England cricketer, took this as an opportunity to have some fun on Chahal’s expense. Sajid Mahmood wrote, “Will be looking like @beingsalmankhan soon bro”.

The Indian spinner was also in good mood so he responded with, “What about Arnold Schwarzenegger?”

To this, Sajid Mahmood replied, “I think you are already bigger than him”.

Yuzvendra Chahal will need to perform well on the Sri Lankan tour because the performance on this tour will certainly have an effect on the selection of the squad for the ICC Men’s T20 World Cup 2021. It will be hosted by India but will be played in UAE, starting from October 17 and the final match will be played on November 14.

We wish the Indian squad all the best for the Sri Lankan tour.