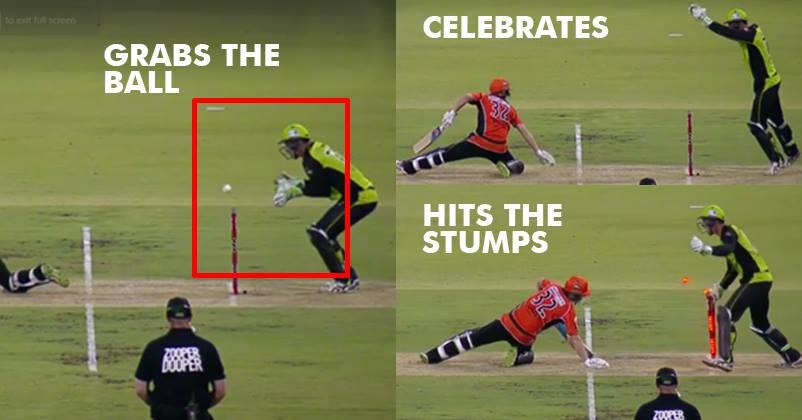 Cricket is a game of uncertainties and drama. There are many incidents of cricket that left great impact on the minds of all cricket fans. One such incident happened when Adam voges was playing against Sydney Thunders and he was playing for the Perth Scorchers in a big bash game.

We all know Adam voges, an Australian cricketer who has played for Australian national team in all formats I.e Tests, ODI and T20 matches. 37 year old Adam Voges gone through a funny incident. He tried to play a sweep shot and missed the ball completely and ball went straight to the gloves of wicketkeeper.

Adam voges was outside the crease and wicketkeeper had full chance of getting him out. But very excited wicketkeeper Jay Lenton started celebrating without hitting the stumps. And Voges somehow managed to get back into the crease.

But in the process of returning into the crease Voges pulled his hamstring. However Voges had hamstring problem throughout his career which became the reason of his exit from the Australian national side. We have seen the same incident when mushfiqur Rahim started celebrating against India in T20 Wc game. And the result of the game went against Bangladesh. Cricket is followed by billions of people and there is a large amount of pressure on the players which results in such mistakes. However these incidents make cricket much more exciting.